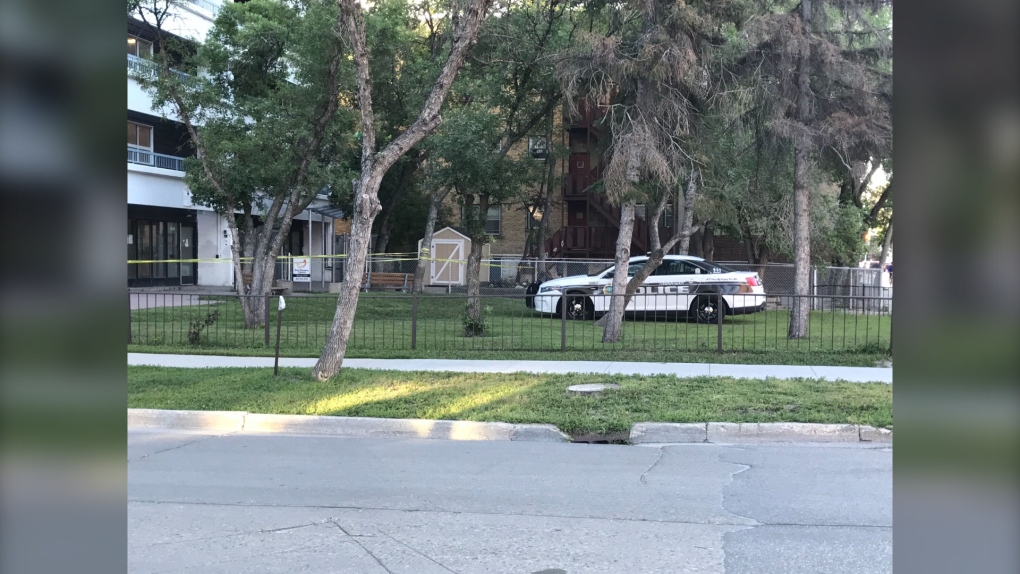 Police on scene in the 100 block of Young Street. (Source: Tara Lopez)

WINNIPEG -- The Winnipeg Police Service confirmed a male is in unstable condition following an assault in the West Broadway area.

The incident took place around 2:20 a.m. in the 100 block of Young Street. Police had taped off the front of the Manitoba Housing building, but the tape has since been taken down.

Winnipeg police officers, along with its AIR1 helicopter, responded to the assault and found an injured male at the scene. He was taken to hospital in unstable condition.

On Friday morning, shift workers at the residential apartment building told CTV Winnipeg police were called for a potentially violent incident that happened at the front of the complex.

Manitoba Housing had called in extra security so residents could still go in and out of the building from the back.

The major crimes unit is investigating. Anyone with information is asked to call 204-986-6219 or Crime Stoppers.