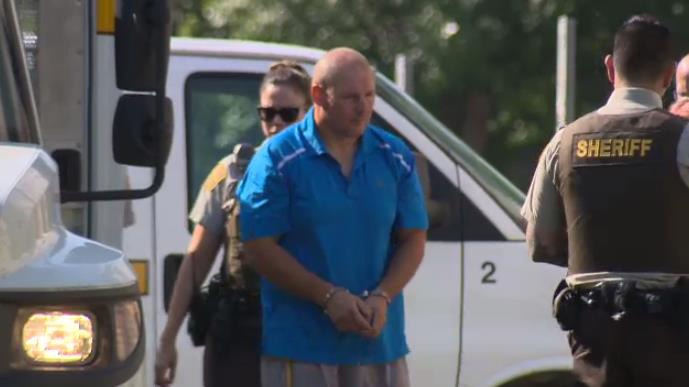 The man accused of stabbing a 15-year-old girl inside a Winkler church appeared in a Manitoba courtroom Tuesday morning.

The 39-year-old has been charged with aggravated assault and possession of a weapon for a dangerous purpose.

The judge ordered an assessment to determine if Kravchenko is fit to stand trial.

The Winkler Police Service says a girl was stabbed at least twice inside the women's washroom at the Pembina Valley Baptist Church Sunday following a service.

A translator was also present in the courtroom.

In a statement on the church's website, Sullivant says the 15-year-old girl underwent surgery in Winnipeg following the attack, and is in stable condition.

Kravchenko is expected to meet with a physiatrist before his case is back in a Winnipeg courtroom on Thursday.

The girl’s family tells CTV News the stabbing punctured her kidney, an artery, diaphragm and intestinal area, but she is recovering.

"Up in spirits. She was talking about how she remembered the whole thing and how everything transpired and felt,” said her uncle Barry Wiebe in Morden outside the courthouse Tuesday.

Wiebe said the family is holding up thanks to faith.

He said the girl was speaking shortly after the stabbing, and was concerned about people around.

Sullivant said the church has been receiving calls of support from the Baptist community far and wide.