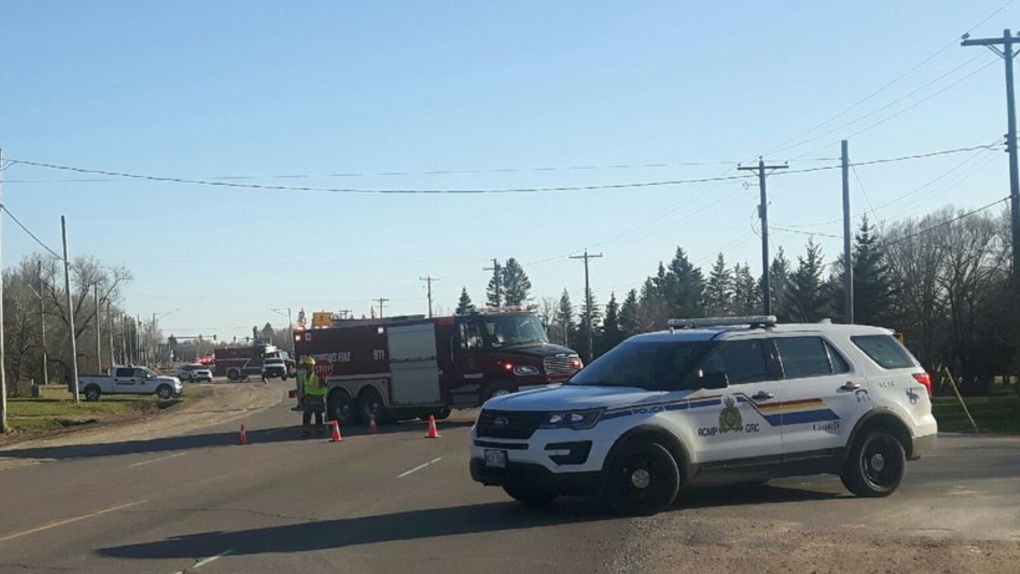 RCMP responded to a collision on Highway 9 in the RM of St. Andrews on Sunday, May 3, 2020. (Cynthia Trylinski/CTV News)

WINNIPEG -- A man was airlifted to hospital with serious injuries following a collision in the RM of St. Andrews Sunday afternoon.

RCMP said the crash was reported at 4:30 p.m. It happened on Highway 9 near St. Andrews Road.

Police said a 37-year-old man was driving on Highway 9 when his vehicle rolled, and he was ejected from it.

STARS Air Ambulance said it was dispatched to the scene shortly after the rollover. It said it airlifted a man to Winnipeg’s Health Sciences Centre in critical condition.

On Monday, RCMP said the man has been upgraded to stable condition,

Police said no other injuries were reported.

In an initial release from RCMP on the crash, the driver's age was reported as 57-year-olds. An update on Monday from RCMP said the driver is 37-years old.