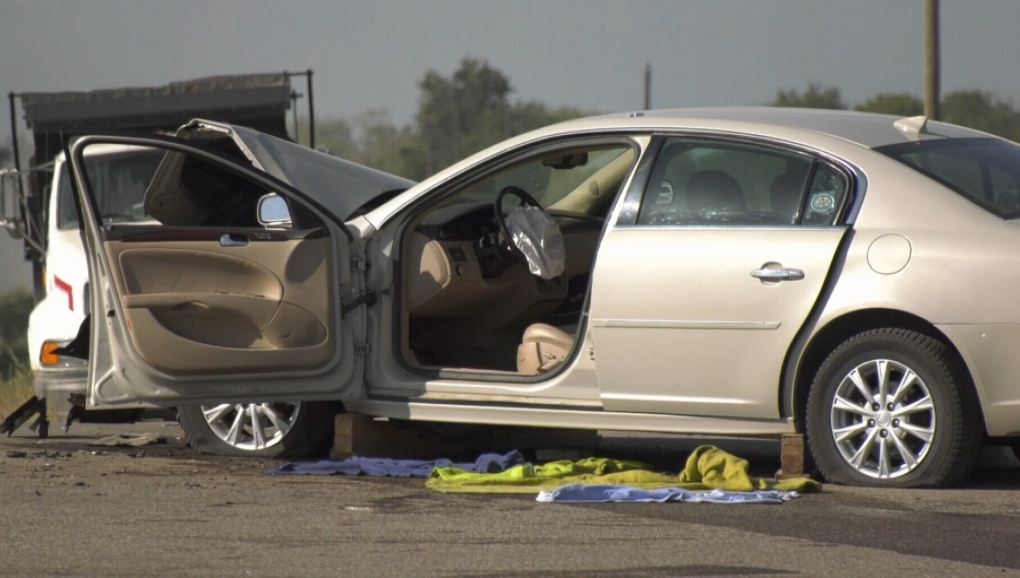 STARS Air Ambulance was dispatched to the scene and told CTV News in an email that an 82-year-old man was taken to hospital.

STARS said he was taken to the Health Sciences Centre in Winnipeg in serious but stable condition.

According to the province, westbound lanes of Highway 1, about two kilometres east of Highway 34, were closed due to a vehicle collision. The highway reopened shortly before 11 p.m.

A heavily-damaged vehicle was seen in the area. Its windows were smashed, and its roof was crumpled in.

CTV News has reached out to Manitoba RCMP for more information.