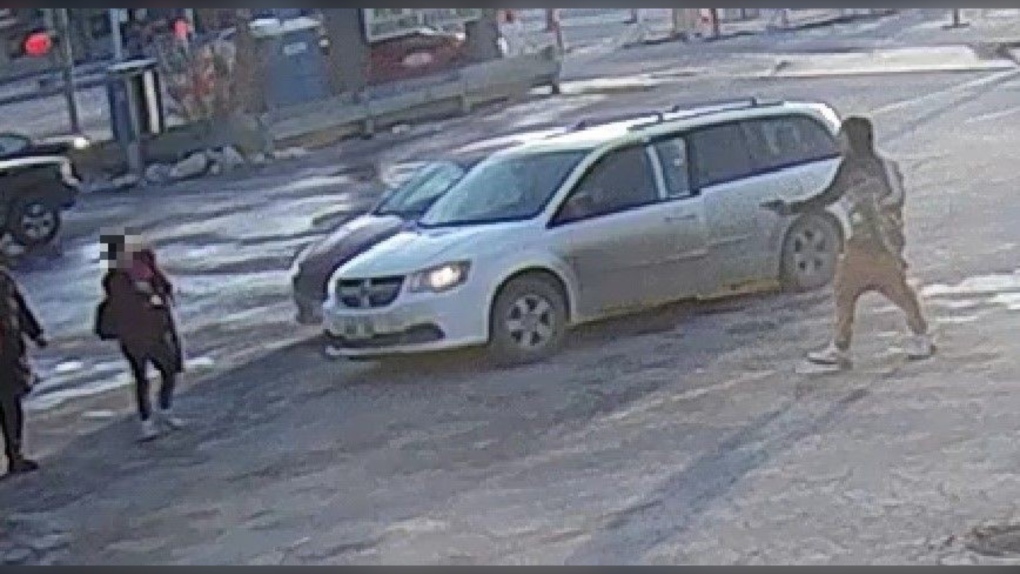 Supplied surveillance image of the incident.

WINNIPEG -- Winnipeg police officers have arrested a man who they allege was pointing a gun at people and buildings in the city’s North End.

On March 6 at 5:25 p.m., officers went to the 1000 block of Main Street for reports of a suspect pointing a gun. Police noted that the suspect had also been in a dispute with a group of people at some point earlier.

When the Tactical Support Team got to the scene, they found the man at a bus shelter with several other people.

Police said the man got rid of the weapon, which was a .177 calibre CO2 pistol designed to look like a Makarov semi-automatic handgun replica.