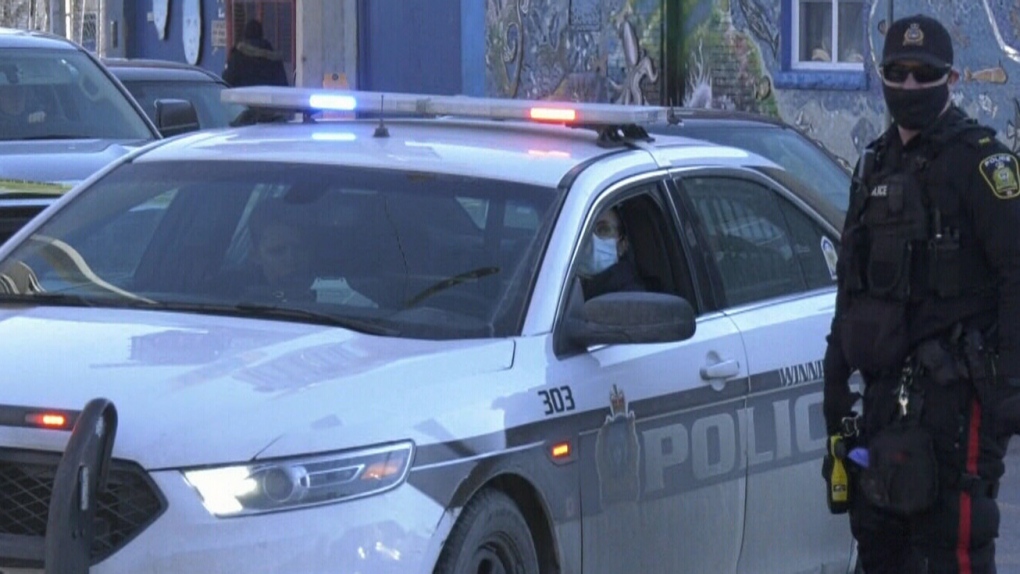 Winnipeg police officers respond to an assault on Nov. 27, 2021, at Main Street and Logan Avenue in Winnipeg that left one man in hospital in critical condition. The man later died of his injuries. (Source: CTV News Winnipeg)
WINNIPEG -

A man who was seriously assaulted and taken to hospital over the weekend has died from his injuries.

On Nov. 27 at around 11:45 p.m., police received a call about a man that had been seriously assaulted.

When officers arrived at the scene, they found a man in 50s at the intersection of Main Street and Logan Avenue. Police said the man was suffering from a severe upper-body injury.

Officers provided medical care to the man and then he was transported to hospital in critical condition.

On Dec. 1, police said the man died in hospital from his injuries.

He has been identified as 52-year-old George Elie Houle. Police say his death is being treated as a homicide and the Major Crimes Unit continues to investigate.

His death is the 40th homicide of the year in Winnipeg.