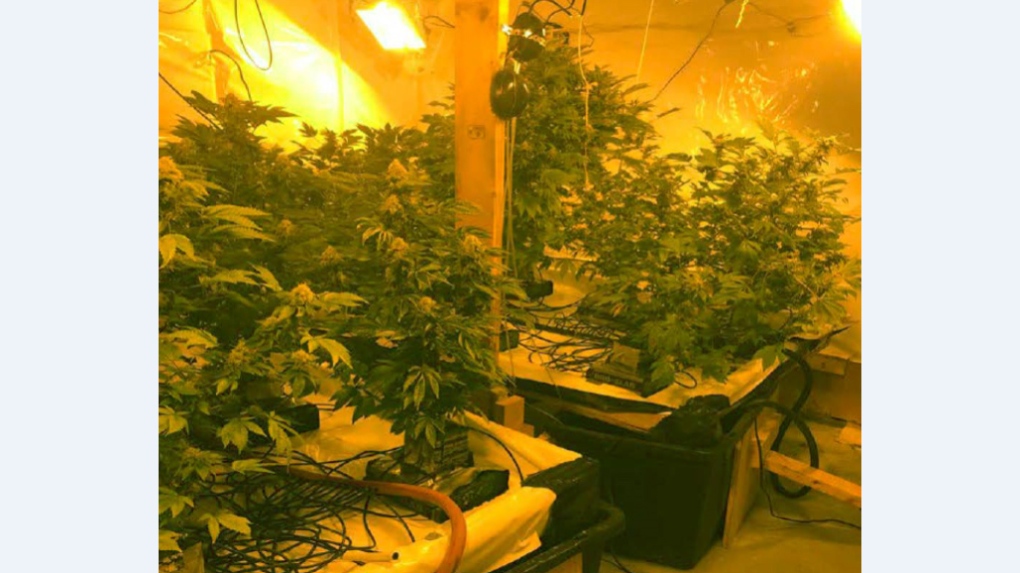 Police said the plants were discovered when the Winnipegosis and Dauphin RCMP executed a Controlled Drug and Substance Act warrant on Bridge Street on Oct. 19. (Source: RCMP)

A man is facing several charges after the RCMP found a cannabis grow-op with 94 plants inside a Winnipegosis, Man., home.

Police said the plants were discovered when the Winnipegosis and Dauphin RCMP executed a Controlled Drug and Substance Act warrant on Bridge Street on Oct. 19.

Ronald Allan Sobotkiewicz has been charged with a number of offences including cultivating, propogating or harvesting a cannabis plant that is from seed or plant material that is illicit cannabis.

The RCMP noted that in the first week cannabis was legal they laid a number of other charges against Manitoban, including:

- 12 counts of unlawful transport in or on a vehicle

- Two counts of consuming cannabis in a vehicle

- One count of consumption of cannabis by a young person

- Three counts of possessing illicit cannabis, which includes a 16-year-old selling it at school

- One count of impaired by drug

The RCMP remind Manitoba residents that they can’t grow cannabis in their homes, and that it has to be bought from an approved retailer. If cannabis is to be transported in a vehicle, it has to be secured outside the passenger compartment or under the seat that’s furthest from the driver in a van or SUV.