Man charged with arson after house burned to the ground: RCMP 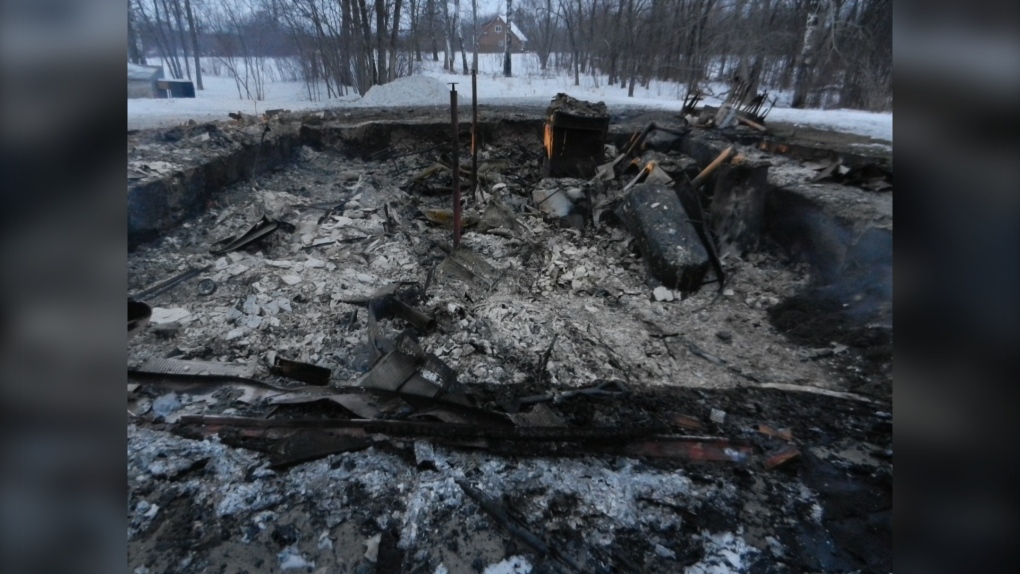 The remains of a house that caught fire on Peguis First Nation on Jan. 24, 2020 (Source: Fisher Branch RCMP)

RCMP were called to West Road on the First Nation on Jan. 24 just after 11 p.m. for reports of a house fire.

As officers were heading to the scene, they were told a suspicious man was walking on Highway 224 and he looked to be burning items and throwing them on the road. Officers were also told he was close to the house fire.

The Peguis Fire Department along with EMS and RCMP officers attended the fire.

There were four people inside the home at the time of the blaze. They were all able to get out and two people were treated on scene, while another two were taken to hospital and have since been released.

Officers also went to Highway 224 and found the man walking along the road. He was being checked by firefighters.

After further investigation officers arrested Danton Flett, 22, and he has been charged with arson with disregard for human life and arson with damage to property.

Flett remains in custody and officials continue to investigate the fire.

RCMP said the house was a complete loss.