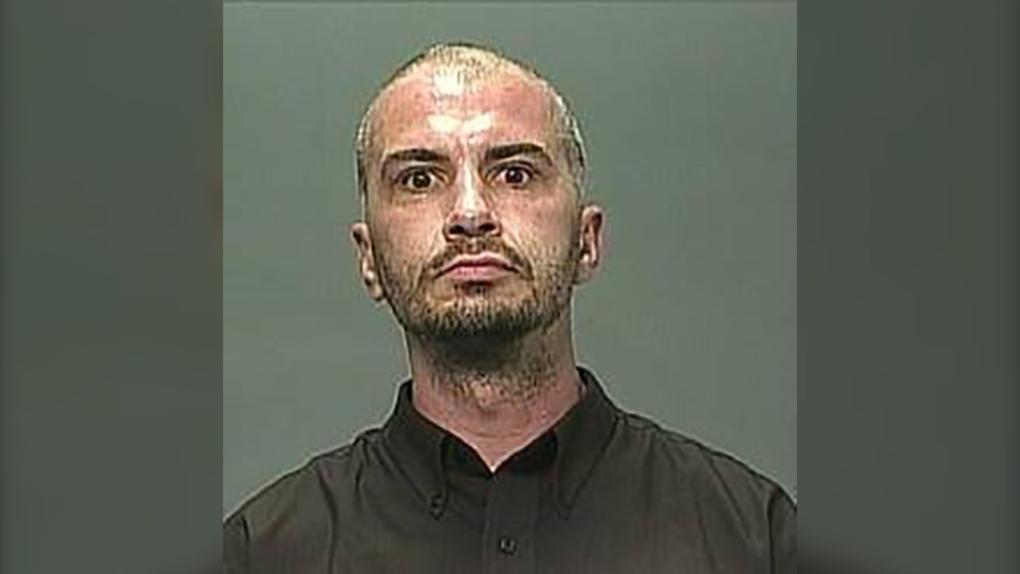 On Oct. 20, 2021, RCMP said 38-year-old Wesley Manfred Wadien had been arrested without injury or incident in a rural area in the RM of Rockwood. (Source: RCMP)
WINNIPEG -

Late Wednesday evening, RCMP said 38-year-old Wesley Manfred Wadien had been arrested without injury or incident in a rural area in the RM of Rockwood.

RCMP Superintendent Rob Lasson was not able to provide details of the arrest or say if any charges have been laid against Wadien.

He said on Tuesday afternoon Mounties were called to a report of a person in Selkirk pointing a shotgun.

"When we get a call like that, it is a very dangerous situation," Lasson said, adding the call prompted schools in Selkirk to be placed into lockdown.

Lasson said the individual was able to escape police – leading to an extensive search lasting the rest of the day involving local RCMP along with Major Crimes Services, the Winnipeg Police Service helicopter, RCMP police dogs and drones.

He said police encountered Wadien again on Wednesday around Selkirk, but he was again able to get away. Lasson said RCMP launched another search throughout the Interlake region in Manitoba.

While the search was ongoing, Lasson said RCMP had been doing a risk assessment over the past two days, deeming Wadien a high-risk threat with the potential to cause harm to the public.

Mounties had put out an emergency alert Wednesday evening, warning the public that Wadien was considered an immediate threat, and was considered armed and dangerous. The public was warned not to approach Wadien, and call 911 if he was spotted. 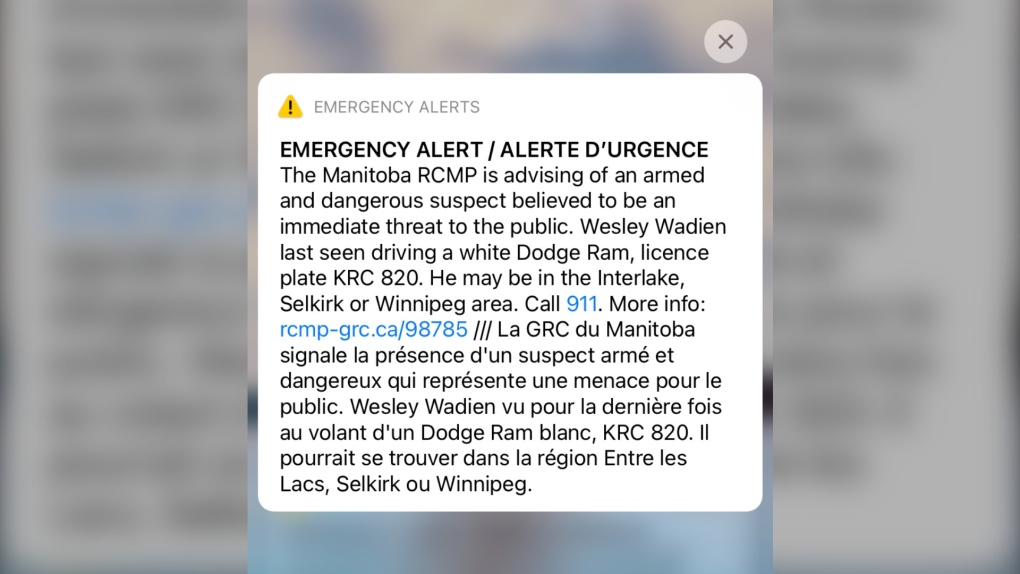 An emergency alert issued by Manitoba RCMP on Oct. 20, 2021, warning the public of Wesley Manfred Wadien - who was considered armed and dangerous. He was safely arrested later that evening. (Source: CTV News Winnipeg)

"What I can say is that there are a number of factors that emerged throughout today – specifically his erratic actions when we attempted to pursue and apprehend him," Lasson said.

"The actions that he displayed post that event led us to believe that his actions were escalating, and his actions were also unpredictable – therefore we thought that he was an ongoing and heightening risk to the public."

RCMP previously said Wadien was wanted for uttering threats and pointing a firearm, along with multiple other arrest warrants.

A WITNESS SPEAKS OUT

Lois Howard said a man came into her yard, which is near Balmoral, on Wednesday night, saying that he had run out of gas.

“I looked out my kitchen window and saw this strange fellow in my yard and went outside asked him what he was doing in my yard,” she said.

As they were speaking, police pulled into Howard’s yard and the man ran away.

“They came out of their cars with – I could see rifles – and he took off west,” she said.

“I talked to the RCMP and then there was more RCMP.”

Howard noted the man was caught and arrested shortly after this interaction.

She said she didn’t know who she had come into contact with until the RCMP told her to go inside and lock her doors.

“I walked in the living room and the alert was on TV and it was like ‘Oh my goodness,’ and that’s how I saw he was wanted,” Howard said.

- With files from CTV’s Josh Crabb and Kayla Rosen.