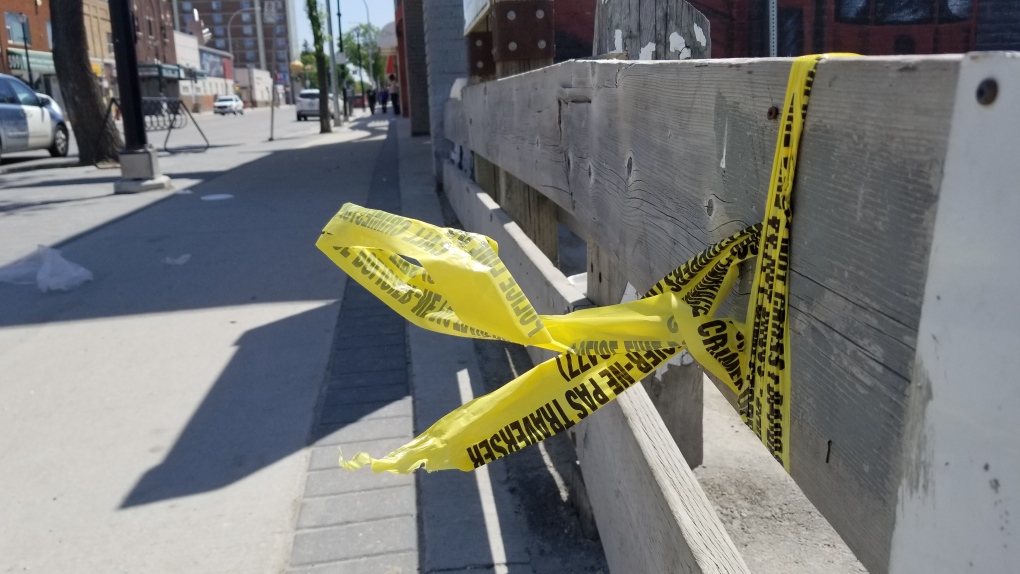 WINNIPEG -- A man convicted of an unprovoked hammer attack on a teenager who was getting pizza told court he should be given a lower sentence because he is not a killer.

Jerry Kipling, 31, was found guilty earlier this year in the 2020 attack that left the 15-year-old boy with the hammer's claw lodged in his skull.

The Crown, calling the attack vicious and cowardly, has asked Kipling be sentenced to 12 years in prison. The defence is asking for eight years.

Kipling did not express remorse when he was given a chance to speak during Wednesday's sentencing hearing. Instead, he argued the sentences being proposed are far too long and suggested he be given no more than two years, plus two years of probation.

"Twelve years is kind of a long time," Kipling said in court. "This isn't a murder case, for one. There's guys that aren't even getting that long for murder cases."

Court heard the teen was ordering pizza slices in a shop in May 2020 and had a brief conversation with a man in a blue shirt. An agreed statement of facts said an employee saw the teen and the man getting along as the man showed the boy items in his backpack.

But when the teen left the restaurant, it said, the man followed him and hit him in the head with the hammer claw.

Court heard that Kipling didn't help the boy. He grabbed the hammer's handle, which had broken off, and left.

"(The teenager) walked into that Pizzarama a healthy young man with his entire future ahead of him," said Crown prosecutor Ari Milo.

"He left with life-altering injuries."

Court heard the boy spent weeks in hospital and requires more surgeries. He has lost function of his right arm and has a stutter. He must wear a helmet to protect his brain where the skull was damaged and removed.

The teen's victim impact statement, read into court, said he thought it was just going to be a regular day.

"As soon as I turned my back on him, he lunged at me with a hammer," the boy's statement said. "I was just laying there fighting for my life."

A statement from the teen's aunt said he will never have a normal life. She said her nephew is lonely, depressed and the whole family is fearful due to the violent attack.

Crown lawyers argued that Kipling's sentence must be long because he has a history of unexplainable brutal attacks.

He has four previous convictions for violence, including slashing his own aunt and cousin with a knife in 2015.

"The vicious and cowardly assault on (the teenage boy) was not an aberration," Milo told court. "This is who Jerry Kipling is: a violent unrepentant offender at the highest level of dangerousness."

Defence lawyer Mike Cook said his client had a difficult upbringing and suffers from the intergenerational impacts of residential schools. Cook said Kipling grew up in abject poverty and didn't have structure or stability in his life.

He began drinking and using drugs at a young age. Court heard Kipling was doing methamphetamine at the time of the attack.

Cook said Kipling has expressed remorse in conversations with him.

"I would never lose hope that Mr. Kipling can rehabilitate himself."

This report by The Canadian Press was first published June 17, 2021.