Few details have been released, but police said they were called to a report of a male shot at 11:45 p.m. Monday.

When officers arrived, they found the man dead.

At a townhouse complex Tuesday morning, CTV News observed a group of the homes surrounded with yellow police tape and several police cruisers on the scene.

Police were expected to remain at the scene for an extended period of time. 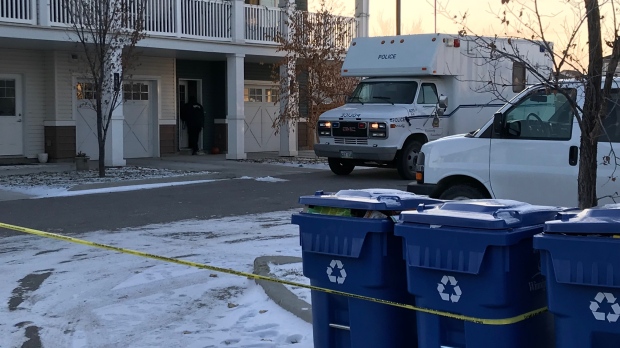 A police identification unit at the scene of a homicide investigation on Tim Sale Drive. (Josh Crabb/CTV News Winnipeg.)

The shooting comes after a stretch of violence deaths in Winnipeg. The city has almost reached its previous record for most homicides in a single year – 41, set in 2011.

Carver said resources are being pulled in from a number of areas and officers and other police service members are working extra hours.

“From comm centre staff, from general patrol, to investigators, to forensic services, to our own unit,” he said, referring to the police public information office. “It’s now affecting, I would say, everybody here. And you can see it in the hallways.”

-With files from CTV's Melissa Hanson