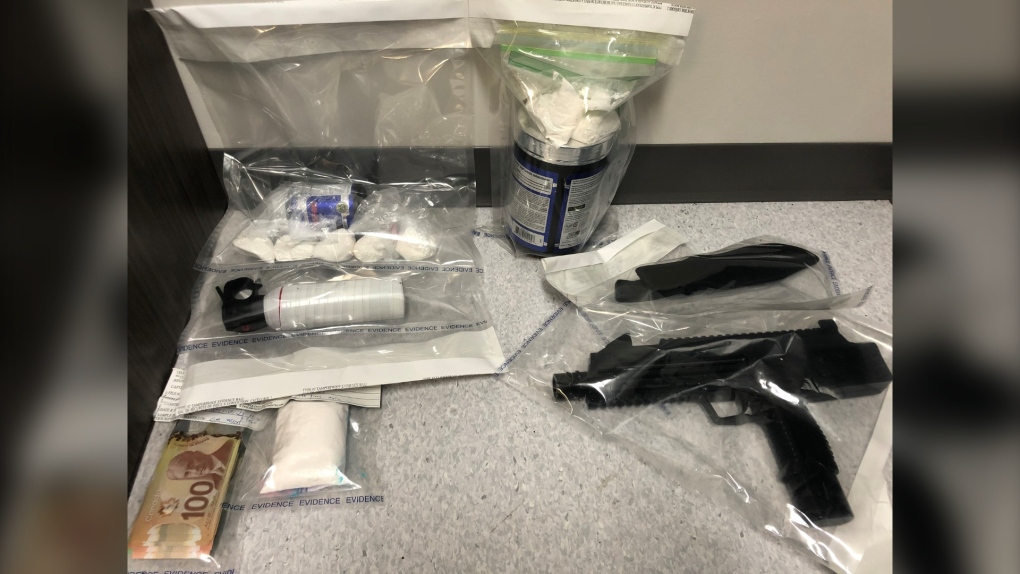 WINNIPEG -- A 32-year-old man was arrested and charged after he was stopped while driving and officers said they found drugs and weapons in his vehicle.

On Jan. 23, officers stopped a vehicle on Highway 6 near Paint Lake.

Officers searched the vehicle and found around 280 grams of cocaine, weapons, drug paraphernalia, and Canadian currency.

The 32-year-old driver was arrested and officers also learned he was breaching public health orders by travelling north of the 53rd parallel.

Matthew Govereau is facing several charges, including possession for the purpose of trafficking, trafficking, two counts of possessing a weapon for a dangerous purpose, possessing property obtained by crime, unlawful transportation of liquor in a motor vehicle, and failing to comply with a public health order.

RCMP said he remains in custody and the investigation is continuing.

The charges against Govereau have not been proven in court.