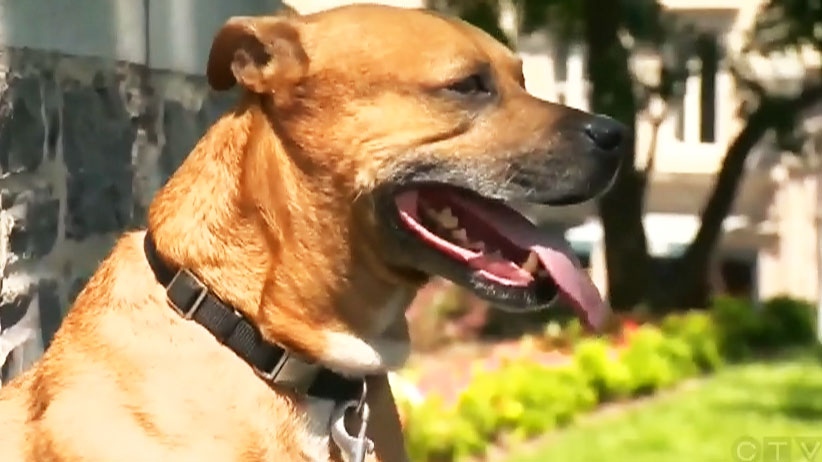 WINNIPEG -- One Manitoba man has created a petition in hopes of getting the Town of Ste. Anne, Man., to lift its current ban on pitbulls.

“I’m just trying to get traction to see if people would sign a petition and see if they can remove that ban,” said Daniel Gilbert, organizer of the petition.

He submitted his petition to the town on Monday, the day before the council meeting took place, but said council still decided not to amend the bylaw.

Despite council’s decision, Gilbert said a lot of people in town are in favour of the petition.

“They don’t see any reason why those dogs should be banned. There’s not a lot of scientific research that collaborates with their current ban,” he explained, noting a dog’s behaviour has more to do with the way it’s raised and socialized.

He said he’s requested the town’s reasoning for keeping the ban, but he hasn’t heard anything yet. The meeting notes will be made available to the public on June 7.

Gilbert said he spoke to animal control about the matter and was told this bylaw has come before council in the past.

“They’ve always been very strong-minded on keeping the current ban,” he said.

Gilbert hopes that if he gets enough of the town’s support with his petition and they continue to bring up the matter to council, then perhaps they will change their minds down the line.

“I think it is possible that if we had enough of the town sign the petition, and keep hassling the town, then they would change their minds, but it’s kind of hard to say at this time,” he said.

Pitbulls are permitted in the Rural Municipality of Ste. Anne, just not within the town limits.

CTV Winnipeg spoke with the mayor of Ste. Anne who confirmed the petition was denied.

“We want to remain with the bylaw the way it is,” said Mayor Richard Pelletier, who noted that at one point he owned a pitbull.

Pelletier said the bylaw was established over a decade ago in 2008.

“We wanted to protect our people back then and decided that the bylaw would be suitable for us too.”

He said the decision to enact the bylaw was done by professionals and it’s not his place to challenge it further.

“The decisions and the studies were done by professionals, so I’m not the one who’s going to challenge professionals that decide we need to protect the people from the pitbulls,” Pelletier said.

The mayor said he’s not willing to take a chance in having any incidents in the town involving pitbulls and said the issue won’t be discussed further at council meetings.

- With files from CTV’s Devon McKendrick and Charles Lefebvre