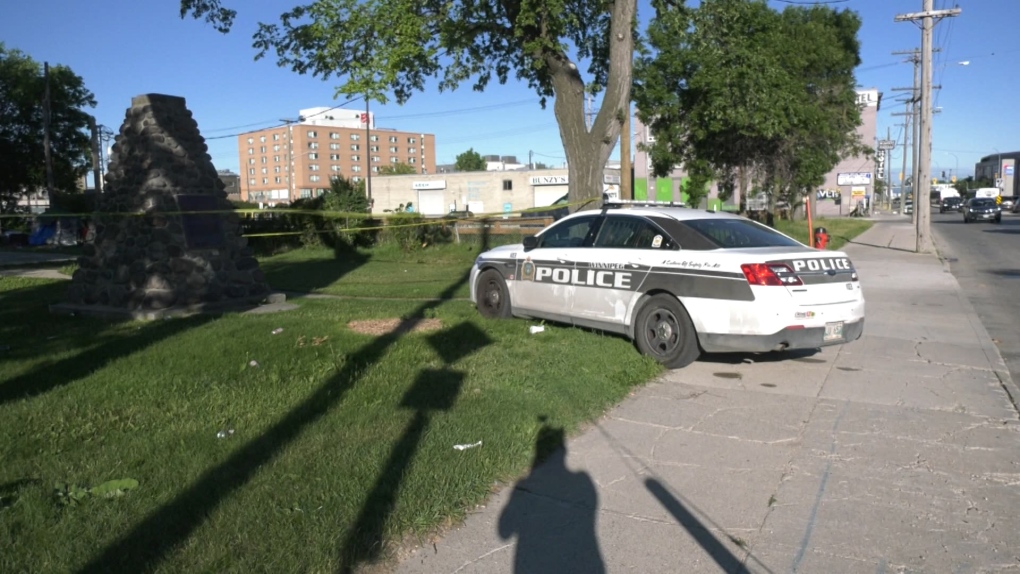 A Winnipeg police vehicle secures the scene after a man was found unconscious on Higgins Avenue on July 9, 2020. (CTV News Photo Ken Gabel)

Officers responded to the 100 block of Higgins Avenue after receiving reports of the unconscious man. When they arrived, they found a man suffering from serious injuries.

The man was taken to hospital in critical condition.

Officers could still be seen at the scene Thursday morning, and what appeared to be bloodstains were visible on the sidewalk. Police tape was up in front of a building and around William Whyte Park.

The major crimes unit is investigating the incident, which was classed as an assault, according to a Thursday morning news release.