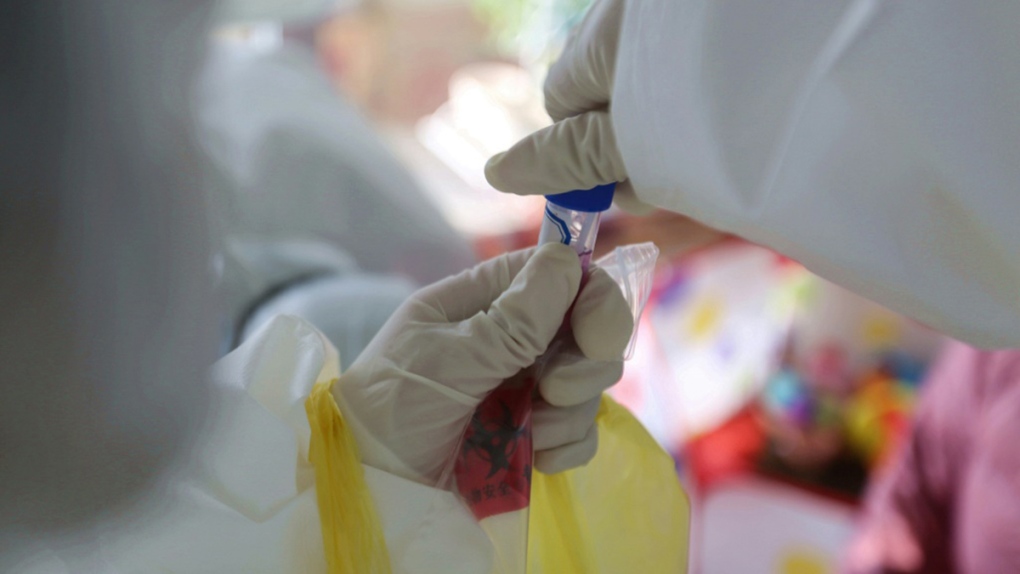 WINNIPEG -- Public health officials announced two deaths in Manitoba linked to COVID-19 on Thanksgiving Monday, including a man in his 40s who is believed to be the youngest person in the province to die from the virus.

The other fatality was a Winnipeg woman in her 100s. Her case was connected to the outbreak at Parkview Place.

Thirty four people have died from COVID-19 in Manitoba.

The province also announced 77 new cases on Monday, the majority are in Winnipeg.

Of the new infections identified Monday, 56 are in Winnipeg. Nine are in Southern Health, five in Interlake-Eastern, five in the Northern health region and two in Prairie Mountain.

Monday’s announcement brings the total number of cases in Manitoba to 2,655. The current five-day test positivity rate is 3.3 per cent.

Twenty five people are in hospital, four are in intensive care, while 1,490 people have recovered.

The province said 1,871 tests were done Sunday, bringing the total number to 210, 902 since early February.

The province is warning the public about a possible exposure at a Winnipeg school.

The infected individual was at Shaughnessy Park School at 1641 Manitoba Avenue from Sept. 29 to Oct. 5.

According to the COVID-19 bulletin, the person didn’t become infected at school.

Public health is asking the individual’s cohort to monitor for symptoms.

For more information on testing sites visit the province's website.