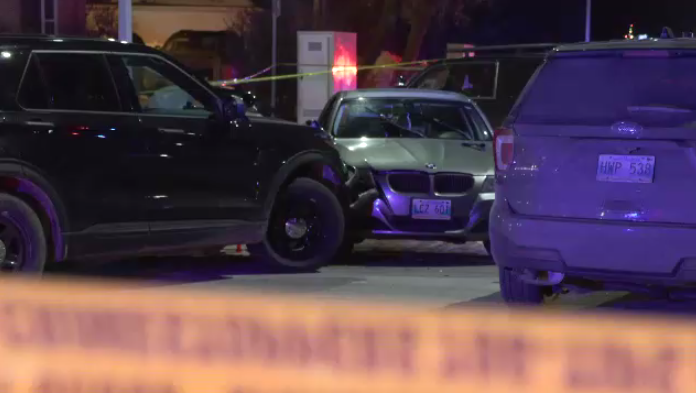 Winnipeg police say it happened around 7:30 p.m. during a traffic stop at the corner of Portage Avenue and Bourkevale Drive. (Source: CTV News Winnipeg)

A man is dead after an officer-involved shooting Saturday night in St. James.

Winnipeg police say it happened around 7:30 p.m. during a traffic stop at the corner of Portage Avenue and Bourkevale Drive.

Details are not known at this point, however police say that during the incident one of the officers fired their gun, hitting the man sitting in the driver's seat. He was rushed to hospital in critical condition where he later died from his injuries.

Manitoba's police watchdog, the Independent Investigation Unit of Manitoba (IIU) has been notified and will be investigating.

A young Black woman who resisted her own enslavement in Queenston, Upper Canada, in the late 18th century is being honoured by Canada Post.

A suicide bombing that struck inside a mosque at a police and government compound in northwest Pakistan reflects 'security lapses,' current and former officials said as the death toll from the devastating blast climbed to 100 on Tuesday.