WINNIPEG -- Winnipeg police said a man was fatally stabbed on board a Winnipeg Transit bus on Sunday during what they described as an “unprovoked altercation.”

Police were called to the incident on a bus near Colony Street and Ellice Avenue, around 3 p.m.

Once at the scene, they found an injured man, who was taken to hospital in critical condition where he died.

Police have identified the victim as Raymond Wesley Hill, 57.

The suspect, who was known to police and had a lengthy record, was taken into custody.

The homicide unit investigated and determined the suspect and victim got on the bus at a nearby stop.

Officer said that as the bus drove, the suspect began an ‘unprovoked’ fight with Hill. The altercation escalated and Hill was stabbed.

Police said the bus stopped and the victim flagged down a police cruiser before collapsing. Officers provided first aid.

The victim and suspect did not know each other.

Const. Jay Murray of the Winnipeg Police Service said they’ve seen a number of violent incidents in the city where the people involved don’t know each other.

“It is certainly unusual to see violent crime in that nature but it is occurring and it certainly feels, anecdotally, that violence is growing,” he said

“The two of them got on at the same bus stop at Portage Avenue,” Murray said, noting he’s unsure of the exact intersection.

“Witnesses describe it as very calm, that they weren’t engaging with each other. And it was just during this bus ride, it’s not clear why it occurred, we believe it’s unprovoked.”

Murray said he believes that alcohol may have played a role in the incident and it’s possible that there are other things that may have contributed to the suspect’s state at the time.

“I think it’s too early in the investigation to conclusively say,” he said.

Police are looking for a passenger who may have witnessed the incident. The passenger is asked to call 204-986-6508 or Crime Stoppers.

“We’re hoping to track down this person. It was somebody that was on the bus that saw the altercation, we believe, that was well aware of what was happening,” Murray said.

“So after the victim was stabbed, the victim was actually able to exit the bus and flag down a cruiser car before the person collapsed. So to this passenger, it was at that time that they left the bus. So they may not have realized what they witnessed was as serious as it was, they may have thought it was just a fight on the bus with no injuries.”

Murray noted that because the incident was contained within the bus, police have spoken to the people they feel they need to, besides the one remaining witness. He said police still welcome any information that can help investigators.

At the time of the incident, there were approximately six to seven people on the bus, including the driver, victim, and suspect.

In an email to CTV News Monday, a spokesperson for Winnipeg Transit said:

“Any act of violence that takes place onboard a bus is deeply concerning to Winnipeg Transit and our hearts go out to those who knew the victim of Sunday’s attack and to anyone who witnessed the event, including the operator of the bus. The operator has been made aware of resources that are available, including the City of Winnipeg’s Employee Assistance Program.”

The Amalgamated Transit Union said it has reached out to the driver of the bus to offer support. It said the driver returned to work on Monday.

“It’s disheartening, and you know obviously, not what you want to hear about on a Sunday afternoon,” said Romeo Ignacio, President of ATU Local 1505.

“Unfortunately it does happen, and more than we would like it to be.”

VIOLENCE ON THE RISE IN WINNIPEG

This is Winnipeg's 17th homicide of 2020 and comes following a weekend where police responded to multiple reports of gunshots and stabbings around the city.

“This was an incredibly busy weekend for the Winnipeg Police Service. This incident was the culmination of a busy weekend,” Murray said.

“I just want to quickly touch on what we can expect. I think a lot of people are very alarmed by what was released on this weekend. I think it’s a safe bet to expect there could be more of this, this summer. We’ve seen a slow, gradual rise in the level of violence in the city and it’s certainly something that very concerning for the Winnipeg Police Service.”

Murray said there’s a cyclical component to this, noting police see an increase in violence as the weather gets warmer. 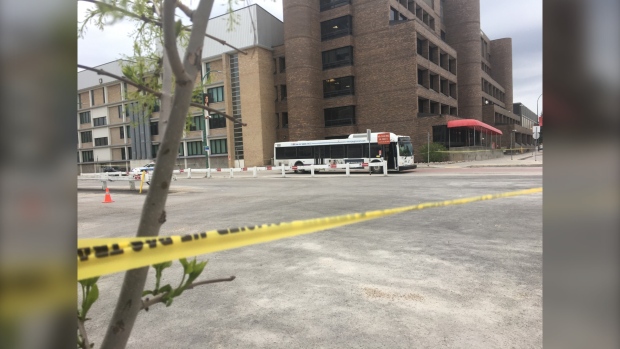