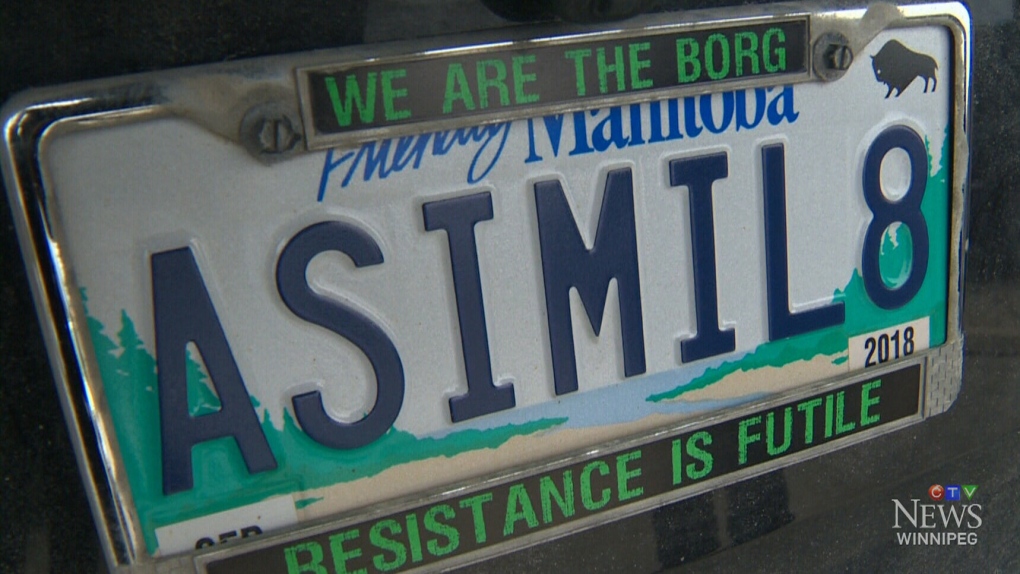 WINNIPEG -- A Winnipeg man has lost his court battle to keep his Star Trek-themed licence plate that said ‘ASIML8.’

Manitoba Public Insurance approved Nicholas Troller’s personalized licence plate after he applied in 2015. Troller installed the plate to his car along with a plate border that said “We are the Borg” and “Resistance is Futile,” referring to a fictitious alien race, the Borg, from Star Trek.

But two years later the Crown Corporation revoked the plate after a woman complained it was offensive.

Troller took MPI to court, with his attorney James Kitchen arguing that taking away his licence plate is a violation of his chartered-protected right to freedom of expression.

According to a news release from the Justice Centre for Constitutional Freedoms, The Manitoba Court of Queen’s Bench ruled MPI’s decision to revoke the plate was justified.

In February 2019, his personalized ‘NDN CAR’ plate was taken by the Crown Corporation after it received a complaint deeming it offensive.

Spence, who is from Opaskwayak Cree Nation, got the licence plate seven years prior in reference to the song “Indian Cars” by Indigenous musician Keith Secola.

The Justice Centre for Constitutional Freedoms said MPI returned the plate to Spence in an out-of-court settlement.

- With files from CTV's Jon Hendricks and The Canadian Press.