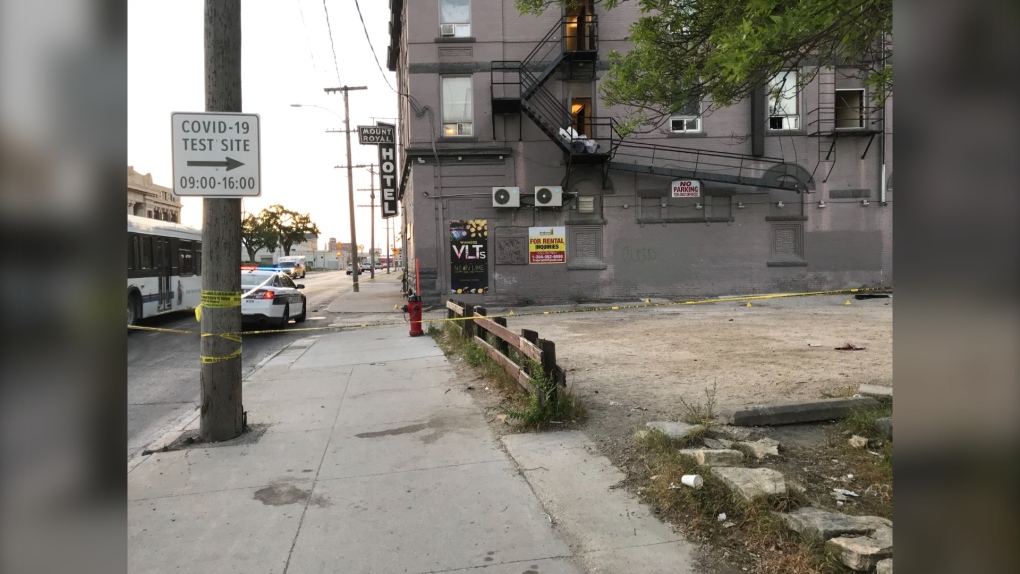 Police on scene in the 100 block of Higgins Avenue.

WINNIPEG -- A 29-year-old man was fatally stabbed on Thursday night near the parking lot of a hotel in Winnipeg’s South Point Douglas neighbourhood.

Police said around 10:55 p.m., a patrol unit was flagged down and informed of the assault, which took place in the 100 block of Higgins Avenue.

The man was taken to hospital in critical condition where he died. Police identified the victim as Joshua Robert Jeromiah Hansen.

This is the city’s 27th homicide of the year.