Man wanted in connection to robbery of teens at Tuxedo Community Centre: police 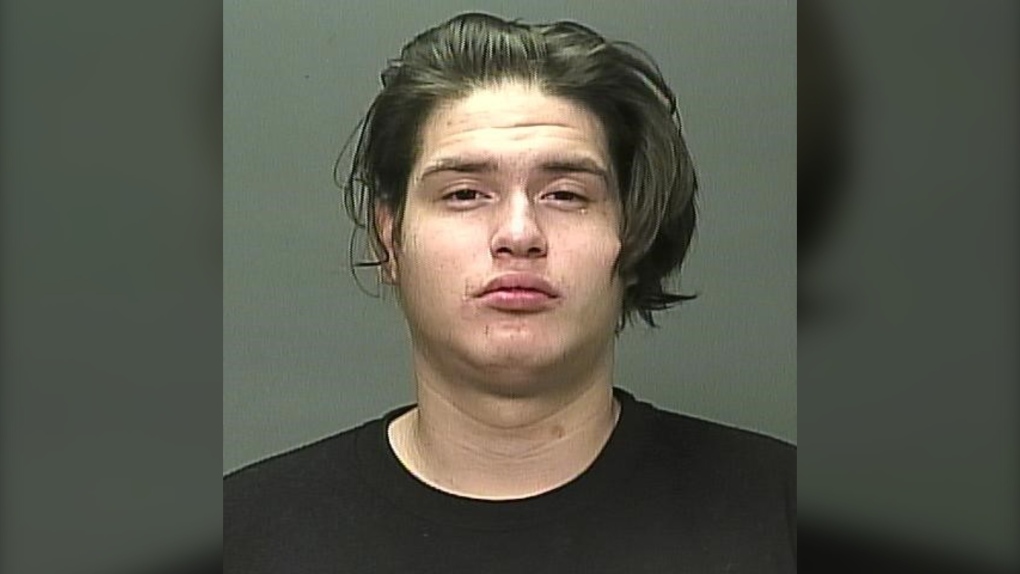 Winnipeg police said Gordan Eaglebear Lucas is wanted in connection to a robbery involving a firearm at the Tuxedo Community Centre on May 1, 2021. (Source: Winnipeg Police Service)

WINNIPEG -- Winnipeg police are searching for a 20-year-old man considered armed and dangerous after a group of teens were robbed at the Tuxedo Community Centre in early May.

On Thursday, Winnipeg police said Gordan Eaglebear Lucas is wanted in connection to the robbery involving a firearm.

A group of teens had been making videos on their phones at the Tuxedo Community Centre on May 1, 2021, when five people confronted them. Police said one of the people lifted his shirt to reveal a gun tucked in his waistband, and another person had a can of what was described as pepper spray.

Police allege the five people took the teens' belongings and ran off.

Nearly two weeks later, police have issued a warrant for Lucas' arrest. He is facing weapon charges and two counts of robbery. The charges have not been proven in court.

Police describe Lucas as six-foot-three, with a heavy build and a bowl cut/undercut hairstyle.

"Lucas is considered to be armed and dangerous. The public is cautioned not to approach him," Police said in a news release. "Anyone with information regarding his whereabouts is asked to call 911."