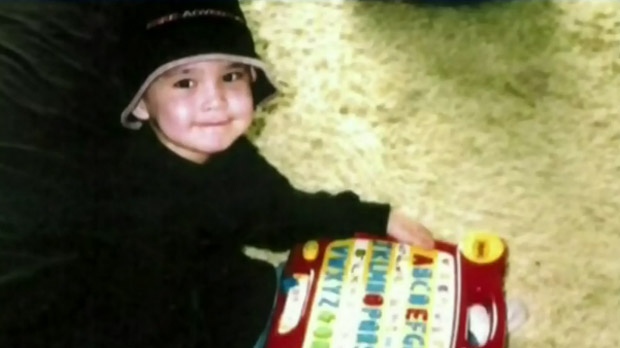 An inquiry into the death of five-year-old Phoenix Sinclair heard that before she was killed, her mother forced her to belittle herself.

WINNIPEG -- An inquiry heard Wednesday that social workers were given a clear warning about Karl McKay's propensity for violence years before he helped brutally beat a young Manitoba girl to death.

McKay already had a long history of assaults and domestic violence when he met with his probation officer in April 1999. It was a meeting that the officer said left her scared.

"I certainly felt that day that he was a very angry person and that my safety was at risk, and it wouldn't be safe for one particular individual to meet with him (alone) in the future," Miriam Browne testified.

"It was quite possible that he might become violent in the office. I felt physically intimidated by Mr. McKay. That was a very unusual circumstance, I will say."

Two days after the meeting, Browne wrote to the social worker who was dealing with McKay's then-common-law partner. She warned the worker of her serious concerns for the safety of McKay's partner and their two children, who would be made permanent wards of the state the following year.

Despite that letter, and many other warnings about McKay, he would slip under the radar and into the life of Phoenix Sinclair in 2004 when he started a relationship with the girl's mother, Samantha Kematch. The couple neglected and abused the girl, eventually beat her to death and buried her near a dump on the Fisher River reserve north of Winnipeg.

The inquiry is examining how child welfare failed to protect Phoenix, who spent most of her five years bouncing between foster care, her parents and the homes of family friends. Her death went undetected for nine months.

Phoenix was taken from her parents, Kematch and Steve Sinclair, days after her birth in April 2000. The couple had troubled, violent pasts and was unprepared to care for her, but social workers repeatedly worked toward reuniting the family.

In April 2004, Kematch took Phoenix from friends who were caring for the girl. The inquiry has already been told that when one social worker went to Kematch's home to check on the girl, a man who identified himself as "Wes" answered the door and said Kematch and Phoenix had gone out. McKay's middle name is Wesley.

The social worker didn't ask the man for his last name and didn't probe any further.

Had she done so and run a background check in the child welfare central information system, she would have turned up a file on McKay that included a long list of documents warning he was a violent, dangerous man.

According to an internal review of the case, done by the Winnipeg Child and Family Services agency in 2006 but only made public at the inquiry, McKay would remain out of sight until Kematch gave birth to another child.

"The status of the relationship was further clarified in December when Samantha gave birth to her fourth child and Karl Wes McKay was identified as the father and as Samantha's common-law partner," the review states.

"Karl Wesley McKay is listed in (the central information system) and is attached to three other families. If this information would have been accessed, it would have presented some concerning information in relation to family violence issues."

The same review found a series of mistakes that caused Phoenix to fall through the cracks of child welfare. Social workers frequently lost track of who was caring for the girl. They also failed to enforce conditions on her parents, such as alcohol treatment for her biological father and a psychological assessment for Kematch.

Next month, the inquiry is to delve into what happened in the final months of the girl's life. The trial for Kematch and McKay, who were convicted of first-degree murder, heard that a social worker went to check on Phoenix but was told she was sleeping and left.

The family moved in 2005 from a Winnipeg apartment to a house on the Fisher River reserve. It was there that Phoenix was beaten, starved, forced to eat her own vomit and shot with a BB gun. Other kids in the home were treated well.

After Phoenix's death, Kematch and McKay continued to claim welfare benefits with her listed as a dependent. They also told social workers Phoenix was still alive.

A social worker at a Winnipeg hospital, who cannot be identified under a publication ban, told the inquiry she met with Kematch in the fall of 2005 when Kematch was again pregnant. At that point, Phoenix had been dead four months.

The social worker wrote in a report that Phoenix was "A+W" -- alive and well. The same designation appeared on a medical form sent earlier by fax to the Winnipeg hospital from a clinic in Fisher River. It would be repeated by an intake worker at Winnipeg Child and Family Services.

The worker also wrote that Kematch "continues to parent her 5 yo" -- a reference to Phoenix.

"I believed that Child and Family (Services) were not following her up at that time and that the five-year-old was in the home," the worker testified Wednesday.

Kematch's demeanour was no different from previous meetings, the worker said.

"I don't recall that there was a noted difference."

In 2006, police found Phoenix's body after receiving a call from a relative. McKay, after hours of questioning, led police to the makeshift grave.