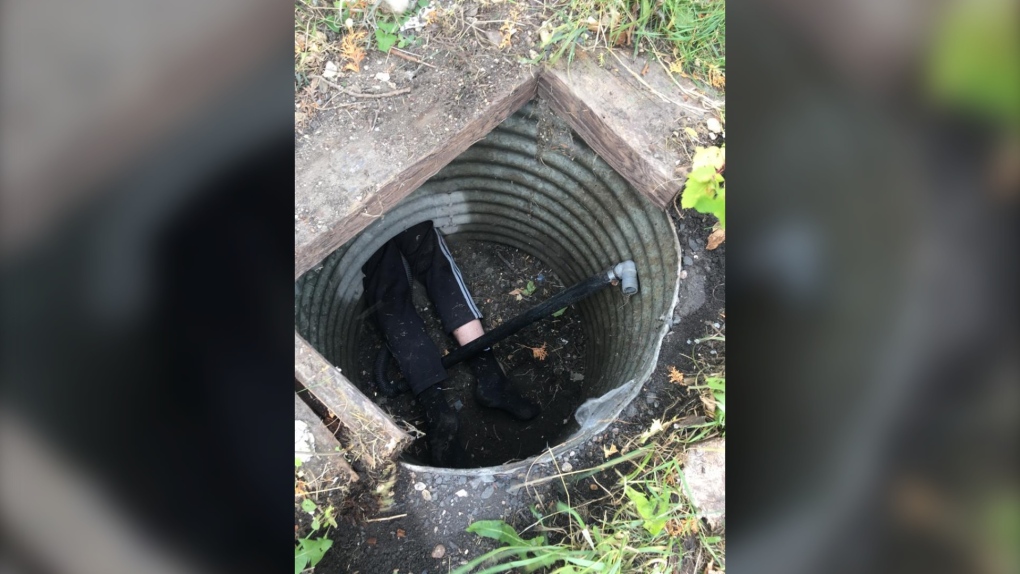 WINNIPEG -- Manitoba RCMP said an assault suspect got stuck in a tunnel while attempting to evade police on Oct. 11.

Police said around 8:30 a.m., they received a report that a man went into a home on Westco Drive in Portage la Prairie, Man., and threatened people inside.

The homeowner was able to get the suspect out of the home, who was then seen heading west through a field.

Police added that the suspect in this incident matched the description of the suspect in an incident that took place earlier in the day when a man ran from police following an assault.

Officers investigated and ended up at a home on Baker Avenue in search of the 25-year-old suspect.

When police got to the home, they found that the man, who said he had a weapon, had crawled into a tunnel under the house to evade arrest. At this point, officers called in the Emergency Response Team, which determined the suspect was not armed.

Mounties then found a sump pit outside the home and were able to gain access to the tunnel, where the man was stuck.

Officers managed to get the suspect out of the tunnel and he was taken into custody.

He is facing charges of break and enter, uttering threats, resisting arrest, and assault in connection to the two incidents. None of the charges have been proven in court.