Manitoba boy requires help to be pulled from hidden sinkhole

WINNIPEG -- What started as a day to get out of the house and play basketball ended with several crews trying to free a 12-year-old boy from a sinkhole in Thompson, Man.

Samuel Desjardins said he was playing basketball with a friend Saturday afternoon and then started to walk home.

On their way home, they came across a muddy sidewalk. Not wanting to walk through the mud, the two, who were wearing their boots, decided to go through what looked like a normal puddle of water.

"When I crossed, my right leg went all the way up to midway shin and then I gradually started to sink from there," said Samuel.

He said his leg continued to sink until it was up to his waist, but his left leg was on solid ground so he didn't go any further.

"My friend tried to help me but he started to get stuck in it."

His friend was able to get out and a woman nearby stopped to see if she could help. The boys told her where Samuel's parents were and she ran to get them. 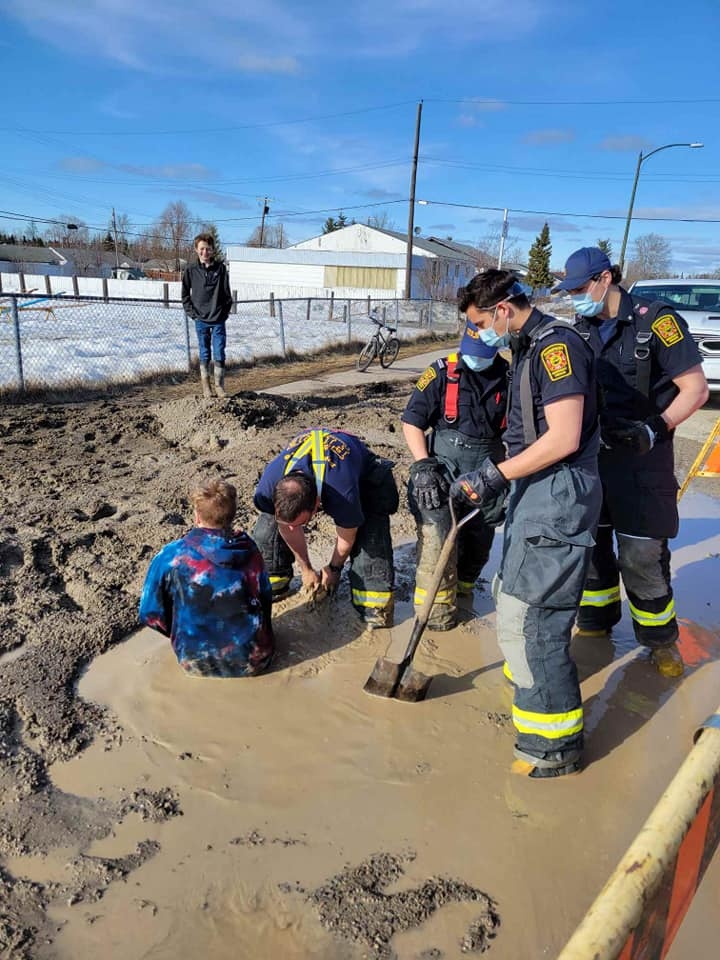 Emergency crews working to get Samuel out of the sinkhole. (Source: Julie Desjardins/Facebook)

When Samuel's dad arrived, he too tried to get him out but with no luck, so emergency crews were called.

"They did a great job of coming quickly and trying to help. By the time they got there, I had been in the hole for a half an hour," he said. "I just kept telling myself I am going to get out of this." 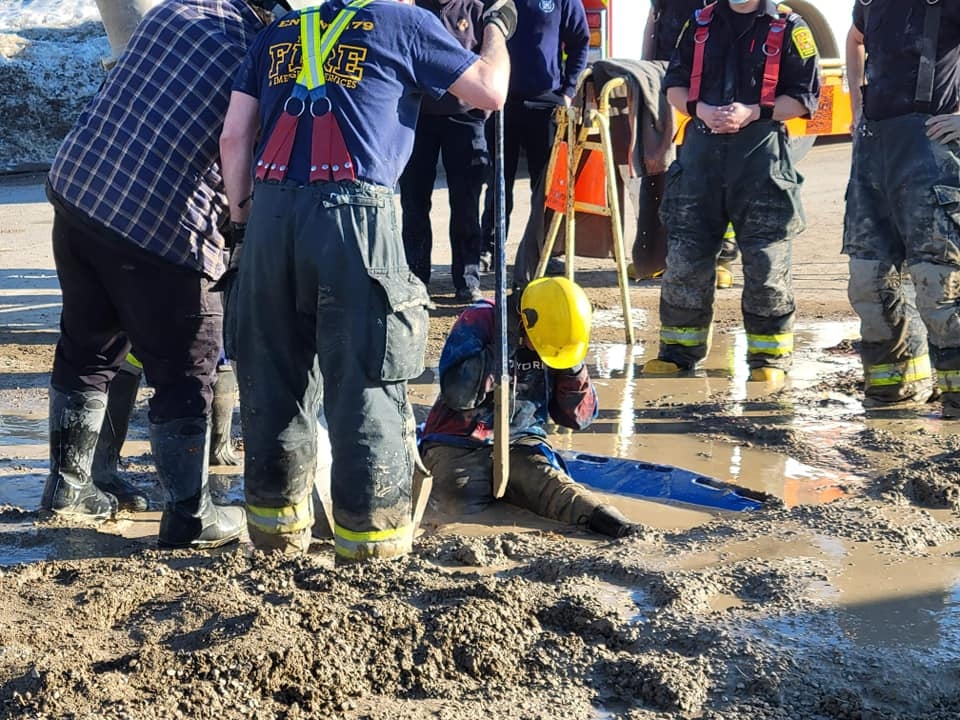 Crews use a vacuum truck to help suck up mud and water to free Samuel. (Source: Julie Desjardins/Facebook)

Emergency crews also struggled getting Samuel out and eventually the city's vacuum truck was called in.

"It vacuumed out the mud. I lost one of my boots in, but it was fine."

They were eventually able to pull Samuel out and EMS attended to him and wrapped him in a blanket to warm up.

Samuel said he will require crutches for the rest of the week as his leg did suffer some soft tissue damage.

Samuel's mom Julie said when she first heard of the problem she thought he might have just got his boot stuck.

"I just thought, 'oh you know, he's stuck and he can't get out and it's maybe muddy around him.' Never in a million years did I imagine he was being pulled down to his waist in some crazy muddy sinkhole," said Julie. 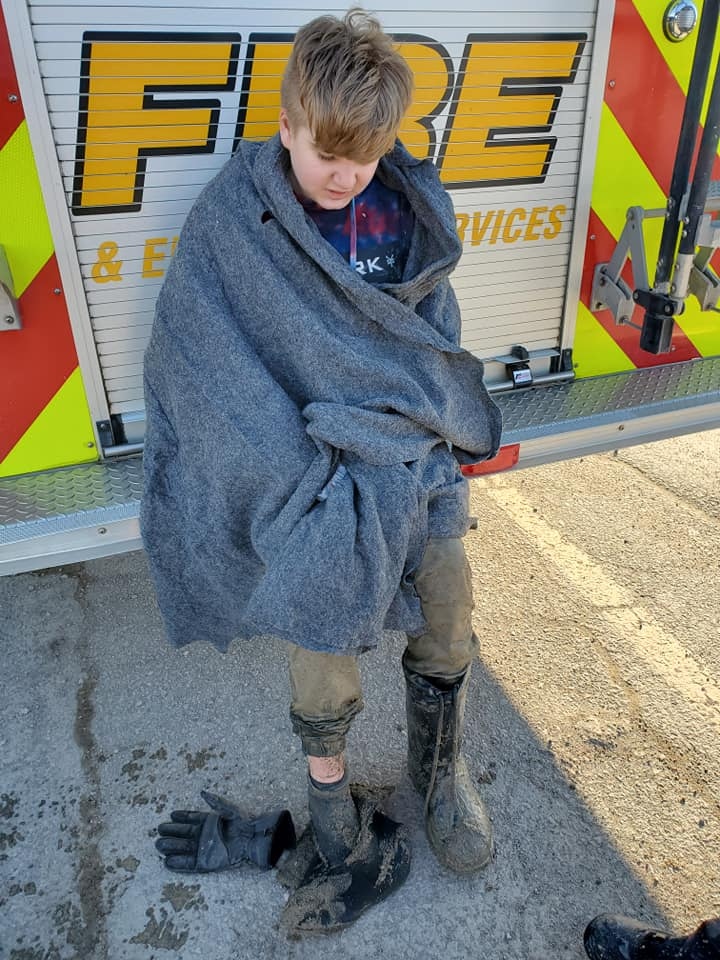 Samuel recovering after being pulled from the sinkhole. (Source: Julie Desjardins/Facebook)

She said when she first heard about it she was cooking and didn't think anything of it.

"(My husband) messaged me and called me saying EMS was there and having a hard time getting him out. So then I started realizing that maybe I should go over there and see what is going on," she said.

Julie said after going through everything, this will be a fun story for Samuel to tell when he is older but she added he is very lucky.

"If his left leg wasn't resting on something solid, he could feel the pull. The mud, the water, I guess was draining … it could have been worse."

She said she is thankful for everyone who helped pull him out.

When it comes to puddles, Samuel said he plans to avoid the next one he sees.