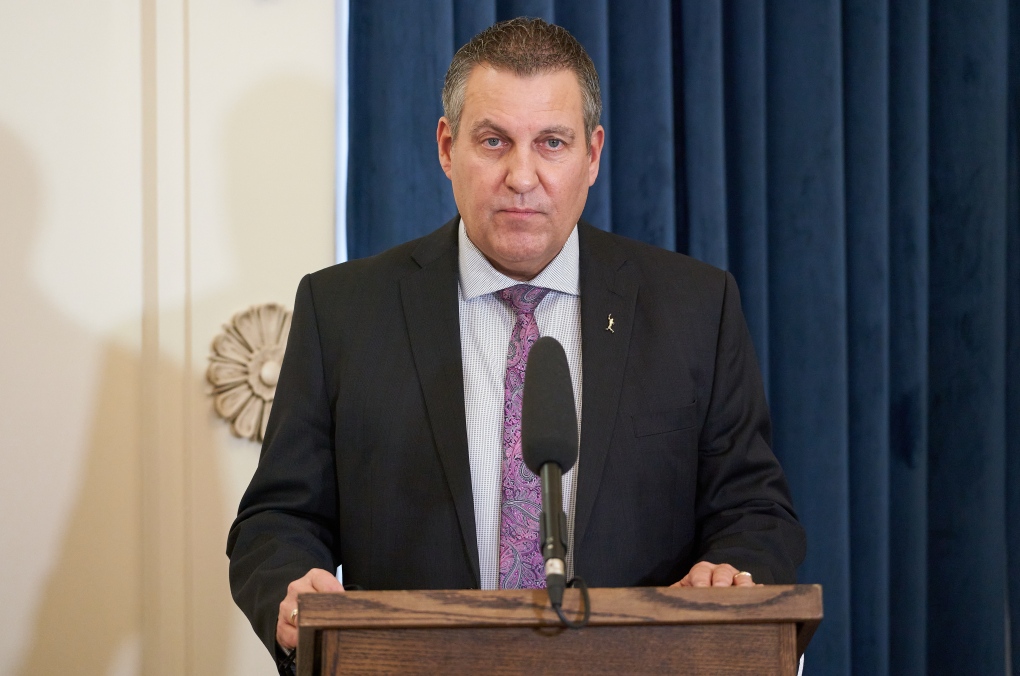 Cliff Cullen, Minister of Economic Development, Investment and Trade, and Deputy Premier of Manitoba is sworn in at the Manitoba Legislative Building in Winnipeg, Tuesday, January 18, 2022. THE CANADIAN PRESS/David Lipnowski
WINNIPEG -

Manitoba's deputy premier is apologizing for remarks he made about women's skirts during a speech to a business audience.

Cliff Cullen, who is also the minister for economic development, told the legislature he is sorry for his error in judgment and has apologized in writing to the Business Council of Manitoba.

The Winnipeg Free Press has reported that Cullen said a good speech should be like a woman's skirt -- long enough to cover the subject and short enough to create interest.

The Opposition New Democrats called Cullen's remarks an example of misogyny and said he should undergo sensitivity and sexual harassment training.

Cullen did not speak to reporters after, but apologized twice in response to Fontaine's questions.

"I have apologized to the business council, certainly I do want to apologize as well to all Manitobans for my comments," Cullen said.

"I recognize they were very regrettable, I appreciate the error in judgment and I will learn from my mistakes."

This report by The Canadian Press was first published May 17, 2022.