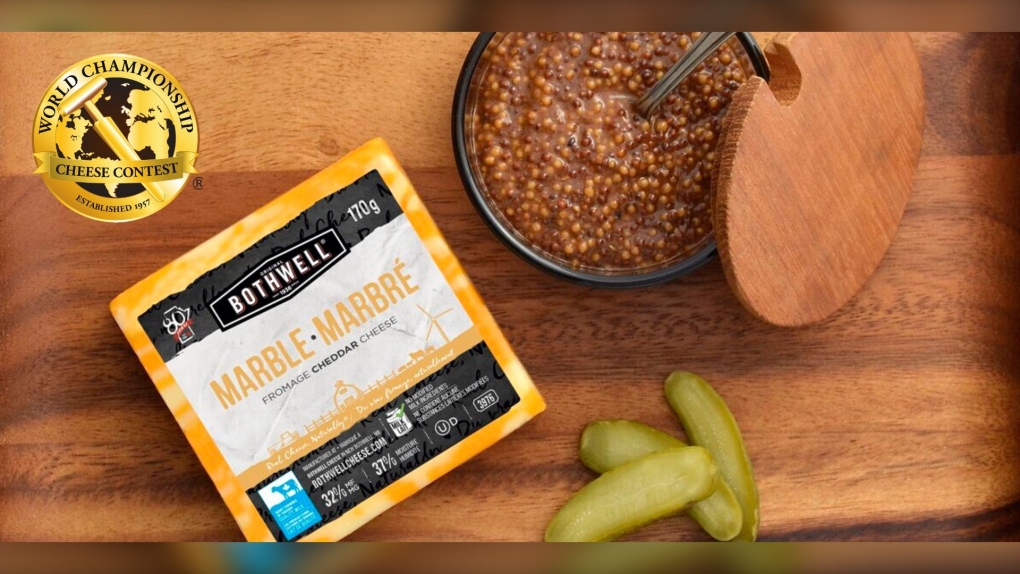 WINNIPEG -- A Manitoba cheese company is walking away with some championship hardware after attending the 2020 World Championship Cheese Contest.

Bothwell Cheese, which is from New Bothwell Man., claimed the top prize in the marbled curd cheese category.

The company's cheese grabbed a score of 99.50 and it beat out 41 other companies in the category.

Bothwell was also the only Canadian company in the marbled category.

The success didn't end there for Bothwell, as it claimed second and third place in two other categories for its non-GMO cheddars.

The contest was held in Madison, Wisconsin and it is held every second year.