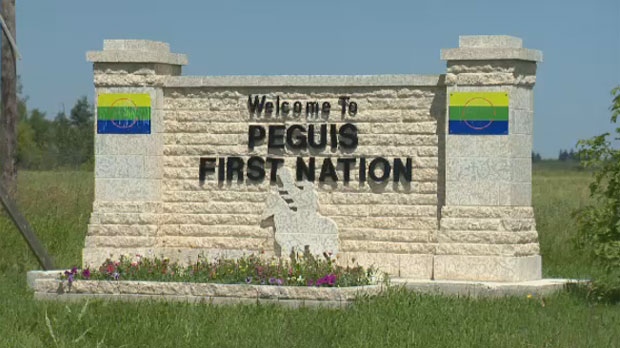 WINNIPEG -- The chief of a Manitoba First Nation that allowed gatherings over the holidays is telling the premier of Manitoba to take note, after reporting zero active cases in the wake of the holiday season.

Chief Glenn Hudson of Peguis First Nation told CTV News the hard work from the staff in his community has paid off, as there are zero active cases on the First Nation even after the community allowed more than 400 people to travel to the community for Christmas and New Year's Eve celebrations.

"Our staff worked very hard at keeping our community safe – even after those visitations of family and extended family, there are no new cases in Peguis First Nation and in fact there are no active cases," Hudson said.

Peguis First Nation allowed extended family and students to gather in the community from Dec. 23 to 28 and Dec. 31 to Jan. 1.

Code Red restrictions in the province restrict gatherings in private residences to household members only. Marc Miller, Canada's Minister of Indigenous Services, previously told CTV News that First Nation communities will decide what is best for them.

At the time, Manitoba's Premier Brian Pallister condemned the chief's decision to ease restrictions as a mistake and wrong.

"We did allow 439 people to come in and visit, and obviously those people didn't come in with any COVID-19," Hudson said, adding the community requires all visitors to be screened for any COVID symptoms before entering the community.

Anyone entering must also register and be monitored throughout their visit.

Hudson said the hard work of the community before the holidays led to a small case count leading into the festive season. He said the eased restrictions were a luxury the rest of the province could have enjoyed had Manitoba locked down earlier.

"Our protocols were stronger and our practices were better than what the province had in place and the Government of Canada has in place," Hudson said.

"I wish the premier and the prime minister a happy new year, and I hope they can get it down to zero in their responsibilities."

Dr. Brent Roussin, the chief provincial public health officer, said there have been 538 confirmed cases identified on or after Dec. 25 that have been linked to holiday gatherings, leading to 2,879 close contacts.