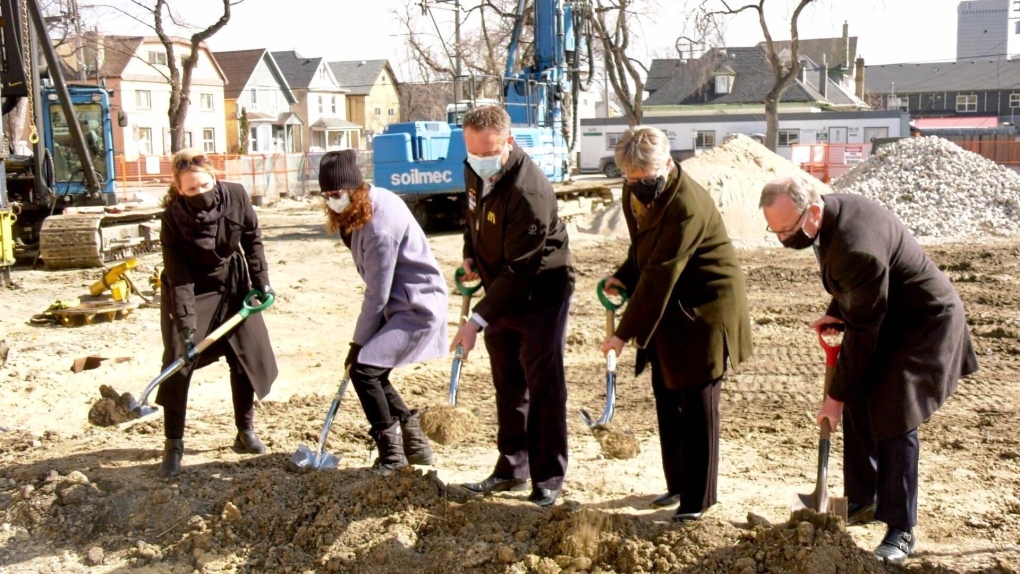 WINNIPEG -- The Manitoba government is committing $5 million in matching funds to help with the construction of a new facility for Ronald McDonald House Charities (RMHC) Manitoba.

Health and Seniors Care Minister Heather Stefanson made the announcement in a news release on Tuesday, noting that the new RMHC facility will nearly triple the capacity for rural and northern families.

“Our government is providing support to RMHC Manitoba in order to triple their capacity to help more Manitoba families who live outside Winnipeg focus on caring for their child, rather than worrying about accommodations and meals.”

The province noted it will provide the funding to match private donations on a three-to-one basis for a total of $5 million. This funding will be put towards capital costs, such as facility and building expenses, which are expected to come to $20 million for the entire project.

The current Ronald McDonald House in Winnipeg is located at 566 Bannatyne Avenue, which is two blocks away from the HSC Children’s Hospital. The new facility will be located at 62 Juno Street, which is still two blocks from the hospital.

“The new house will be a safe haven of care, compassion and service for Manitoba families, and the next legacy of RMHC Manitoba’s essential contribution to family-centered care,” Wendy Galagan, CEO of RMHC Manitoba, said in the news release.

“We are forever grateful to the province for recognizing, valuing and supporting the RMHC Manitoba mission.”

The Ronald McDonald House provides a place for families from outside of Winnipeg to stay while their children are getting treatment at the hospital. Some of the services provided include bedrooms, living rooms, a fully equipped kitchen, laundry, and transportation.

The new 50,000-square-foot facility will have 40 bedrooms, as well as new amenities, including outdoor recreation space, fenced-in parking, and improvements to the windows, heating and ventilation systems.

The new Ronald McDonald House will also have speciality suites for bone marrow and solid organ transplant patients so families can self-isolate.