Manitoba couple hoping for help after home flooded this summer 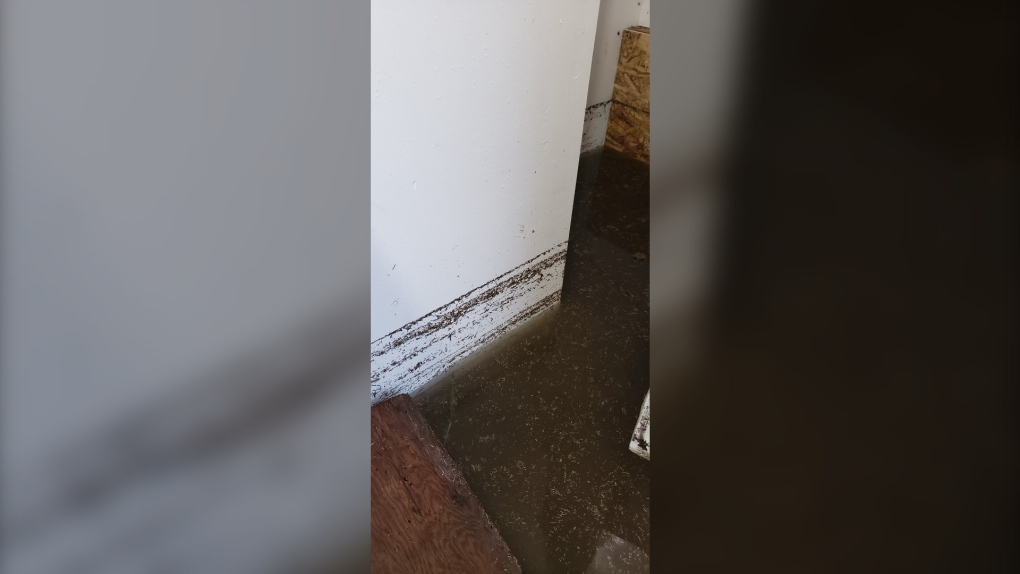 WINNIPEG -- A family in southwest Manitoba says they are still struggling after their home was severely damaged following heavy flooding earlier this summer.

Crystal Marks lives south of Minnedosa in the RM of Minto-Odanah with her fiancé Allen Clow and their two children. On June 30, the region was hit with record rainfall, causing flooding in several communities.

The couple’s home was among those impacted, with Marks saying a second round of rainfall in her region that evening caused the most damage.

“On the north side of our house, there’s a pretty bad slope from our backyard, so it came in,” she said. “We got the heavy rainfall, the ground was already saturated from the first bout, and the water came in through our north wall, over our holding tank, and submerged our main floor in grey water, as well as our crawl space in a matter of minutes.” 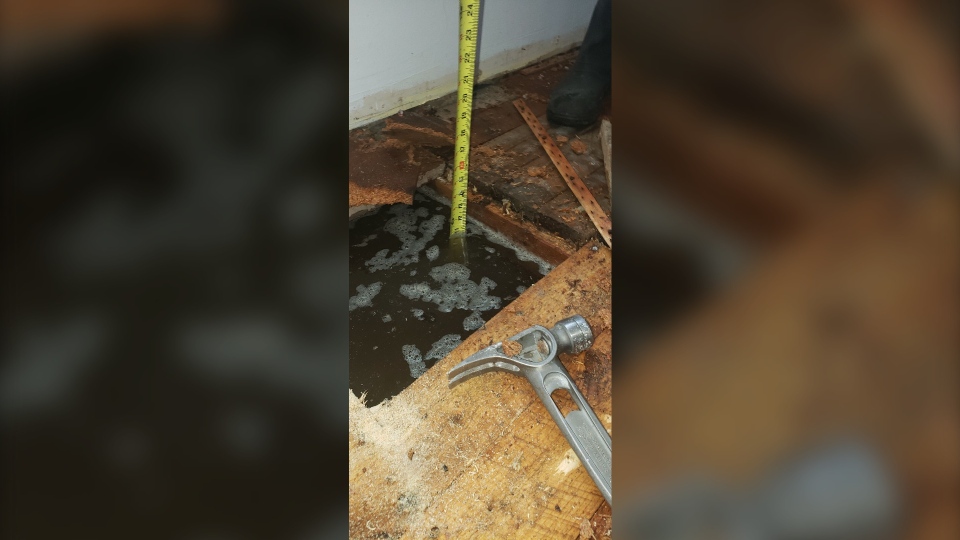 “It was essentially like a river running through our house. We ran ahead of it as best as we could, and just sort of picked up what we could off the floor. It finally let up, and the whole main area was flooded.”

Marks said much of the main floor of the home received flood damage.

After pumping the water from the home, the couple had to gut the main level to allow contractors and insurance adjustors to assess the damage. The couple is currently living on the top floor of the home, while their children, ages three and one, are living with their grandparents. 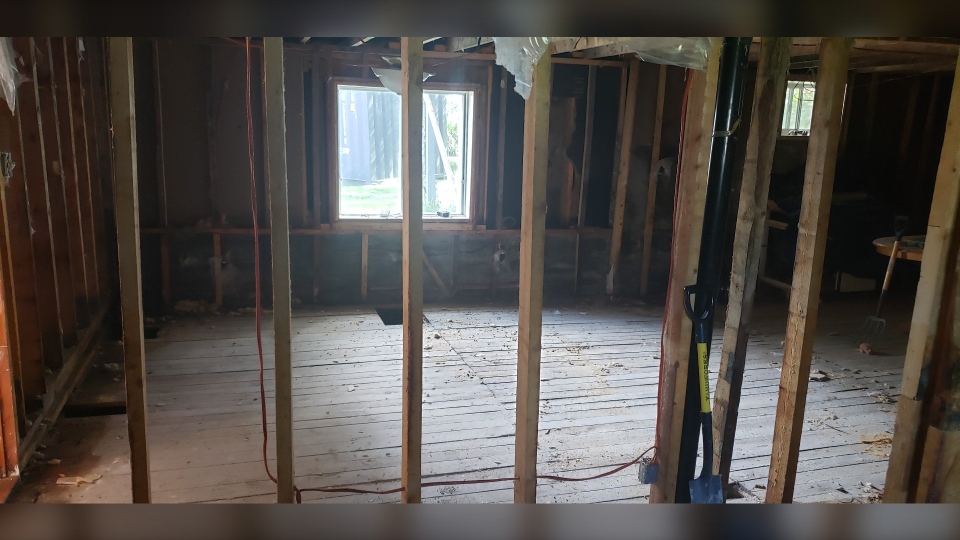 ‘WE CAN’T HAVE OUR CHILDREN HERE AT ALL’

Marks said the couple has flood insurance, but were only covered for $10,000. They’re hoping for assistance from the provincial government.

She said she’s concerned about the lack of information released by the province about support for people who have suffered flood damage.

“They’re talking about infrastructure and washed-out roads, but they have nothing to say to people who have homes they literally can’t live in,” she said. “It would be one thing if a basement had flooded, and we can close the door and we’ll get around to the repairs when we can afford to, but this is our living space. We can’t have our children here at all.”

Marks said being unable to have their children at home is affecting the family, calling it heartbreaking.

“Their bedrooms are still intact upstairs,” she said. “There are days where I haven’t slept at all, and I just go into my son’s room at four in the morning, and just cry because I don’t know when we’ll be able to get them home.” 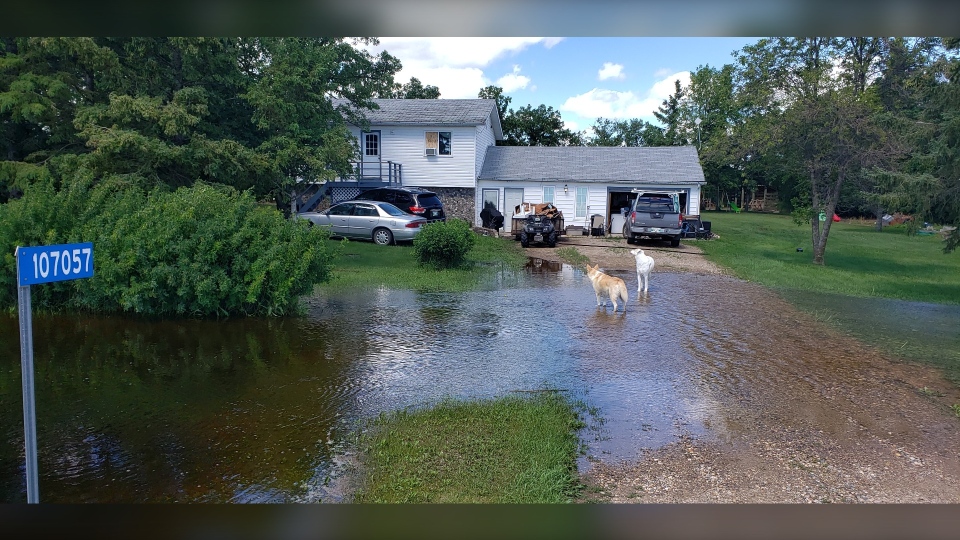 CTV News reached out to Infrastructure Minister Ron Schuler for an interview, but received a written statement from a spokesperson. The statement said the Emergency Measures Organization is processing impact statements from both municipalities and private claimants as they come in “to provide the government with an assessment of the overall damage.”

“Once all applications are received and the full extent of damages are understood the province will determine how best to support Manitobans in their recovery from this event,” the spokesperson said.

Marks said she knows other families who are in similar situations, deciding whether they take on debt to repair their homes now, declare bankruptcy, or wait for government assistance.

“I think it’s absolutely ridiculous that they don’t have an emergency fund in place for people in a situation like this,” she said.

The story has been updated to include the total amount of flood insurance the family has received.