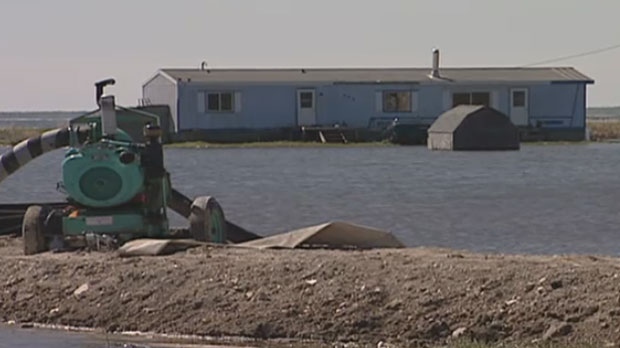 Flooding in the Lake St. Martin area is shown in May 2011.

The Manitoba government is investing $3.1 million to create an environmental advisory committees for the Lake Manitoba and Lake St. Martin Outlet Channels Project.

Transportation and Infrastructure Minister Doyle Piwniuk announced the funding in a Wednesday news release, saying the advisory committee will provide guidance during the planning, construction and operation of these outlet channels.

"Since plans for the outlet channels project first began in 2011, our government has continually engaged with Indigenous groups and other communities that may be affected by the project," the minister said.

"As planning and implementation work on the project continues, this environmental advisory committee will formalize that ongoing engagement process to ensure meaningful input, accurate information and constructive feedback are openly shared."

According to Piwniuk, to receive approvals for the outlet channel project, the province has submitted information to the Impact Assessment Agency of Canada.

The goal of the project is to improve water regulation, reduce flooding, and decrease the risk of flood-related damages.

The project’s team will continue to work with Indigenous groups and other communities to discuss the plan and other concerns.

The Danish prime minister said Tuesday that she 'cannot rule out' sabotage after three leaks were detected on Russian natural gas pipelines running under the Baltic Sea to Europe.

Some Canadian workers are raising concerns about a full return to office and work travel as Ottawa lifts all remaining border restrictions and experts warn of a potentially large wave of new COVID-19 cases this fall.