Manitoba dance studios join forces, requesting to be part of next reopening phase 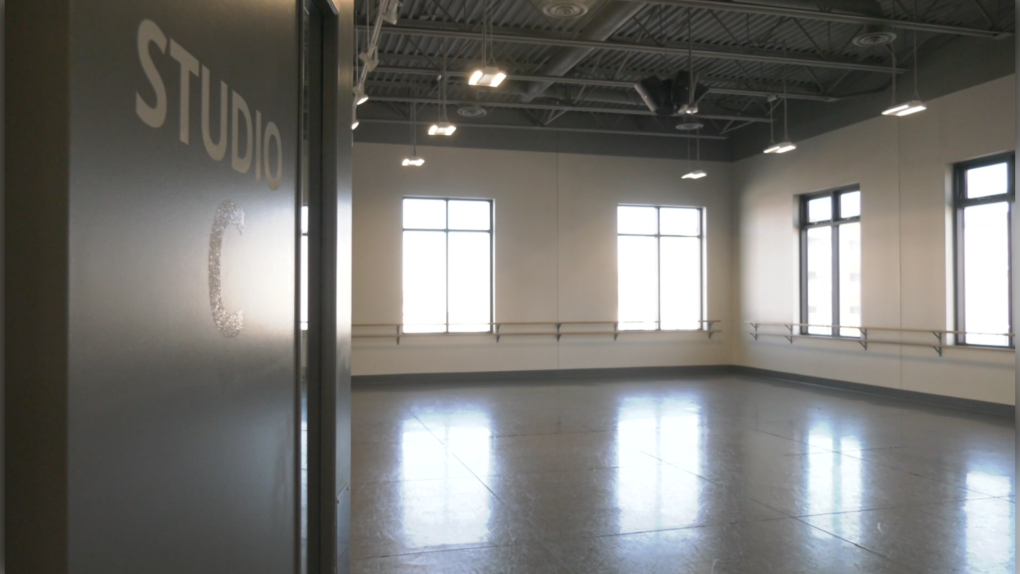 Marquis Dance Academy has been empty since Code Red restrictions came into effect in Manitoba. Dance studios throughout the province are joining forces asking the government and health officials to allow them to be part of the next round of reopening.

WINNIPEG -- As the province approaches the next round of reopening, many businesses and industries are lobbying the government and health officials to allow them to be part of the next phase.

The latest to put out the call is Manitoba's dance studios.

A group of nearly 40 studios throughout the province, who normally compete against one another, are joining forces, requesting they be part of the next reopening plans.

Since the Code Red restrictions came into effect in November, studios such as Marquis Dance Academy, have been holding classes on Zoom.

"With every new announcement, there's been withdrawal because the kids are zoomed out," said Angele Lavergne, who is the owner and director of the academy.

The Collective of Dance Studios of Manitoba said studio owners understand the COVID-19 risks and have taken the proper steps to ensure the environments are safe for dance.

The organization added that while there are risks with COVID-19, the risks are higher for the students if the businesses stay closed.

"Children and teens have been the most heavily impact by the shutdown of dance studios. As a result, there has been a severe increase in depression, anxiety, and other mental health issues among participants," the organization said in a news release.

Shauna Jurczak, who is part of the Collective of Dance Studios of Manitoba, said studios were one of the last places to close in November and now it feels like they will be one of the last to reopen.

She said the studios joined forces because they have one common goal.

The group did a survey among studios to prove they are a safe space to reopen, with responses from 31 studios, which represents 7,000 participants and 13,000 classes. The studios reported 0.1 per cent exposure risk and zero per cent spread from Sept. 1 to Nov. 11, 2020.

Despite the survey results, Dr. Brent Roussin, the chief provincial public health officer, said not everyone can reopen at once.

"Every interaction can lead to transmission," he said. "We know that there's a lot of places just waiting to open up, a lot of places of doing a tremendous job at protecting Manitobans, but there's just no denying what we saw in November. When we open everything up, we get November numbers."

The collective said dance studios have adopted several health measures to ensure dancers are safe, such as enforcing strict sanitizing protocols, making masks mandatory, screening and tracking all dancers, having small class sizes, and making sure the class can keep a minimum of six feet from one another.

Lavergne said her studio has an 8,000-square-foot dance floor.

"I could easily have three kids in here with 15 (feet) between them," she said.

The collective has sent a letter to Roussin and Premier Brian Pallister asking they be added to the reopening list.