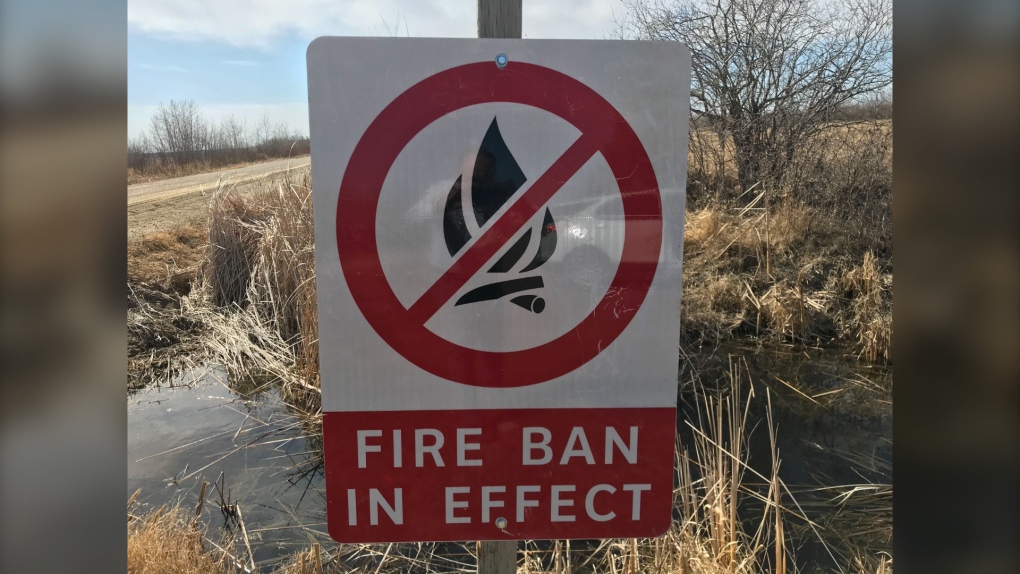 WINNIPEG -- After recent rains, and with cooler weather in the forecast, the Manitoba Wildfire Service is lifting some of the restrictions it put in place to prevent wildfires.

On Friday evening, the province said restrictions have been lifted in Areas 1 and 2. It said these areas are bordered to the west by PR 302 to PTH 12 to PR 317 to PTH 59 and PR 319 east to the Ontario border, and from the U.S. border north to Lake Winnipeg and the Winnipeg River, including the Mars Hill Wildlife Management Area.

"While weather conditions will provide a temporary reprieve, there is still a significant risk of wildfire in the southwest area of the province," the province said in a news release on Friday evening.

Level 2 restrictions will remain for Spruce Woods Provincial Park and Forest and surrounding Crown land, along with a number of provincial parks including Criddle/Vane Homestead, Turtle Mountain and William Lake provincial parks.

Under these Level 2 restrictions, motorized backcountry travel, which includes ATVs and other off-road vehicles, is banned unless you have a permit.

Burn permits issued in these areas are also restricted to essential agricultural, municipal or industrial operations.

"Burning within these areas will require the approval of an officer and include a site inspection with strict conditions," the province said.

It noted many municipalities already have burning restrictions in place. These can be found by contacting local municipal offices or looking at the province’s online map.