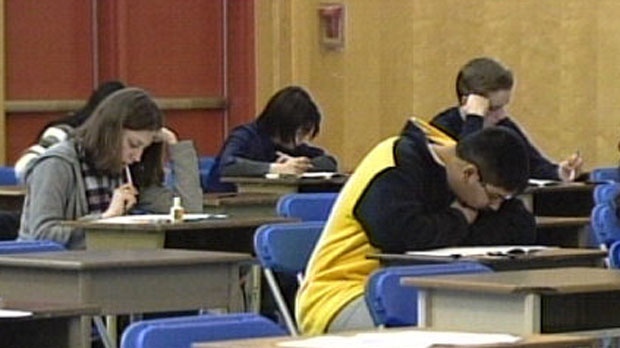 In a letter sent to multiple education stakeholders and obtained by CTV News Winnipeg, Education Minister Kelvin Goertzen announced the suspension of the provincial exams in January 2021.

"Concerns have been expressed that the blended learning environment, and possible transition to remote learning, compromises the equal access to instruction," the letter reads.

"While some students have returned to full in-class learning scenarios, many have not. The implementation of a provincial test in this context raises questions around the fairness to students and the validity of the data if the tests were to proceed."

The province announced in June it was suspending the collection of data with the Grades 3 and 4 assessments, along with the middle year assessment, for the 2020/2021 school year.

Goertzen writes the suspension of the exams will give teachers a chance to focus on recovery learning and adapt their classroom practices as the public health situation warrants and respond to the mental health and well-being concerns students have.

James Bedford, who is the president of the Manitoba Teachers' Society (MTS), feels this move is a good decision.

"It's something that our members have certainly been asking for. When you think of it in the context of what the school year is looking (like) and the unpredictability (of) just where students will be learning," said Bedford.

He added there has been some anxiety among members about making sure students were able to learn everything leading up to the final exams.

Bedford also noted that teachers have been having to make sure students and other staff are also safe during this unprecedented time, but he believes teachers throughout the province are rising to the occasion.

A decision on the May/June 2021 Grade 12 provincial test will be made in early February 2021, Goertzen said.