Manitoba families of missing, murdered say hearings must go ahead 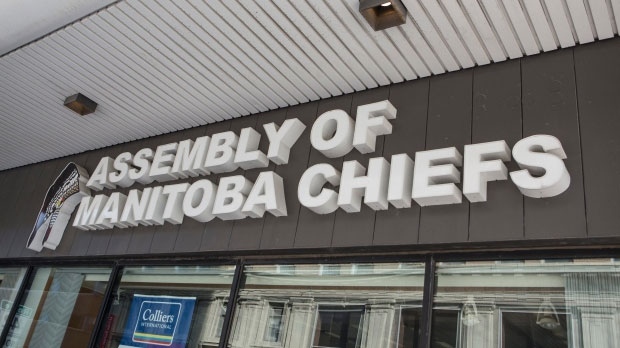 An open letter signed by officials with the Assembly of Manitoba Chiefs and the Manitoba Missing and Murdered Indigenous Women Coalition says the hearings have been long in coming and families are anxious. (Francis Vachon/The Canadian Press)

A coalition that represents Manitoba family members says national hearings into missing and murdered indigenous women must begin soon despite the uncertainty surrounding the process.

An open letter signed by officials with the Assembly of Manitoba Chiefs and the Manitoba Missing and Murdered Indigenous Women Coalition says the hearings, slated to begin at the end of May, have been long in coming and families are anxious.

"Indigenous families, women and girls cannot afford a 'pause' in your process. We have heard directly from families of (missing and murdered indigenous women) they are quickly losing hope that your inquiry will actually be relevant to them," states the letter, dated last Wednesday.

"We call on you to, at a minimum, announce in the near future when you, as commissioners, will finally go out and listen to our people."

Inquiry officials announced April 13 that they were postponing a series of regional advisory meetings, which were supposed to help determine what issues should be covered when the formal hearings get underway.

Since then, the Manitoba coalition said there has been no communication. The group is also worried many family members may have a hard time being included in the hearings.

"You have not yet initiated meetings with Manitoba survivors of violence or who were missing, families of missing and murdered indigenous women and girls, as well as First Nations and communities that are part of your mandate," the letter states.

"The message we received is that we must be flexible and be prepared to change course if need be. This time is an opportunity for us to reflect on our approach for future truth-finding gatherings," Tiar Wilson wrote in an email.

The uncertainty over how families across Canada may be ensured participation in the inquiry has led some indigenous leaders to call for the inquiry to be postponed.

Eric Robinson, former deputy premier and aboriginal affairs minister of Manitoba, said a delay is warranted to ensure the inquiry is fair and thorough.

"Let's not do a job that's in half-measures. I think that it's got to be done in a thorough fashion and there's got to be satisfaction ... for the families," Robinson said.

Grand Chief Sheila North Wilson, who represents First Nations in northern Manitoba, said the process so far has been troublesome.

"I still believe that it should take place and that they should go forward and I respect the fact that they're being flexible," she said.

"But at the same time, I'm worried that the families ... are losing a little bit of faith in the process because there seem to be some false starts."