Manitoba farmers invite Trudeau for a visit, amid a WEXIT movement 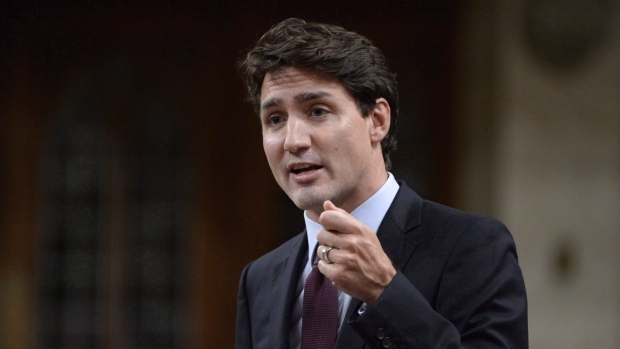 Trudeau is seen in this file photo in the House of Commons. (File image)

WINNIPEG -- Manitoba farmers have invited Canada’s leader, Prime Minister Justin Trudeau, to come to rural Manitoba and visit their farms in the hope of building a relationship and opening the lines of communication in the midst of a western separation movement.

On Tuesday, Bill Campbell, the president of Keystone Agricultural Producers – a general farm policy organization – sent the letter of invitation to Trudeau.

“I thought that it would be a proper process to have an invitation for the Prime Minister and the Minister of Agriculture to come to western Manitoba and western Canada, to walk with Canadians,” Campbell told CTV News Winnipeg. “To actually see what farmers in this rural Manitoba is all about, and some of the things that we have been challenged to do this particular year.”

He said Manitobans do not support the call for western separation, but he said they need to hear from the federal government on the everyday issues farmers face.

In the letter, Campbell said Manitoba farmers have been faced with drought and excess moisture in the same year, along with trade disputes that are threatening their bottom line. Campbell personally invited the prime minister to his farm in Minto, Man., to see these problems first-hand and speak with other concerned farmers in the province.

Campbell told CTV News he hasn’t seen strong direction from the federal government for economic growth in the agriculture industry.

“We realize through the election that agriculture was not a large topic of discussion, and we would really like to see more engagement on that with regards to how significant we are to Canada’s GDP,” Campbell said. “I hope to be able to send the message that western Canada is wealthy in resources, not just oil and gas. We need to realize that there are other resources out here, and how important it is for economic growth and the survival of our communities and our population.”

In the letter, Campbell said he is confident they can work beyond any political differences to? move the agricultural industry, as well as the country, forward. Now that the invitation has been sent, Campbell said the onus is on Trudeau to establish the relationship.

-with files from Megan Benedictson