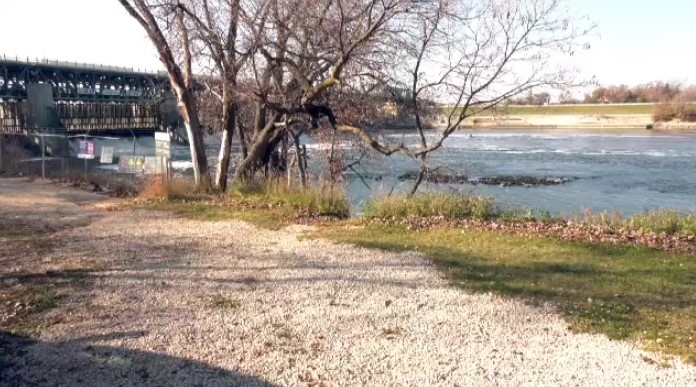 The 'One Basin One Governance' report was released at event in Lockport.

One Manitoba First Nation is taking steps to protect its traditional lands and calling for a stronger role for First Nations when it comes to water governance.

On Wednesday, Peguis First Nation, in partnership with the Red River Basin Commission and Red River Operation Cleanup, released a report called 'One Basin One Governance,’ highlighting the need for First Nations to participate in water governance.

“One of the things we have to remember is that water is life and without water, we have no life,” said Mike Sutherland, director of the consultation and special projects unit for Peguis First Nation, at Wednesday’s event.

“As stewards of the land, Indigenous people, it’s our responsibility to protect that water and protect the life that everybody relies upon.”

The report was created with input from First Nation communities across the Lake Winnipeg Basin, the Southern Chiefs Organization, Peguis First Nation and the Red River Basin Commission.

The report sends the message that when it comes to water governance, First Nations want to be part of the decision-making process from the beginning. It highlights the fact that First Nations don’t feel that current government consultation is working and that they are being failed by the province’s governance style.

“As Indigenous people, we don’t own the land, we are a part of it,” Sutherland said.

“When it comes to consultation and engagement that has to happen forthright. The very first thing with anything to do with water, whether it be agriculture, forestry, mining and so on, First Nations have to be notified and they have to be consulted and engaged, and it has to be meaningful.”

The three partners also unveiled new signs that will be going up around the Red River north region to inform people and fishers that they are on Peguis’ traditional lands. The signs also ask people to help keep the lands clean.

“Water has a very powerful spirit. Mother Nature protects that, and if you don’t look after her, you see what happens today,” Sutherland said.

Justice Minister David Lametti says he will "look at" a federal policy that restricts gay and bisexual men from donating to sperm banks in Canada, after CTV News exclusively reported on Wednesday that a gay man is taking the federal government to court over it.

The federal government is seeking to delay the extension of assisted dying eligibility to people whose sole condition is a mental disorder until March 17, 2024. Justice Minister David Lametti introduced a bill seeking the extension in the House of Commons on Thursday.

Former Wagner commander says he is sorry for fighting in Ukraine

A former commander of Russia's Wagner mercenary group who fled to Norway told Reuters he wanted to apologize for fighting in Ukraine and was speaking out to bring the perpetrators of crimes to justice.

As rates of sexual assault climb across Canada, nursing experts say there is a shortage of specially trained forensic nurses to properly care for victims.