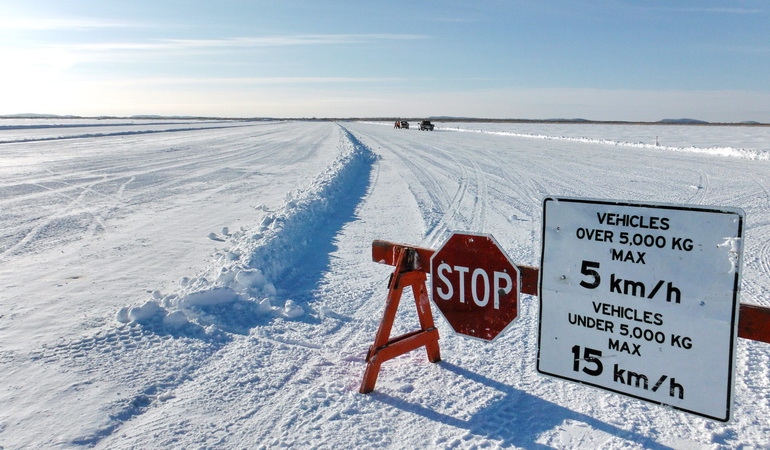 File image of a winter road.

WINNIPEG -- The chief of one Manitoba First Nation said the opening of an ice road in his community this week will create some additional COVID-19 risks.

Earlier in the pandemic, the federal government sent members of the Canadian Armed Forces to Shamattawa First Nation to help the community in its fight against the disease.

“Right now, as of today, we have three active cases and that’s down from 445 confirmed COVID-19 cases in Shamattawa,” he said.

Redhead noted 445 is the total number of cases in the community thus far. However he believes the number is likely higher due to asymptomatic cases.

“We know that number’s higher. Those are just the confirmed, lab-tested cases,” he said.

Redhead attributed the drop in cases to a number of measures put in place in the community.

“We implemented a strict curfew, we limited the number of people inside our grocery store,” he said.

“We shut down the school, we shut down the band office. The nursing station was operating on an emergency basis only. We encouraged every individual to stay home.”

He said once the disease was in the community, it was “very difficult” to manage it and get it under control.

“I think with those numbers, we’re very relieved that we haven’t lost a member yet,” Redhead said.

“I think that speaks to the resiliency of my members.”

On Friday, the winter road is set to open in the fly-in community, which Redhead said could pose some new challenges.

“I think right now one of the main concerns is the ice road,” he said.

“We’re a fly-in community and so it was very easy for us to control who came and who went, because we know when a flight is arriving and when a flight leaves. Now with the ice road it poses a whole new set of challenges for us where it’s open 24/7.”

Redhead said once the winter road opens, they are setting up a checkpoint to screen everyone coming and going into the community.

“Anybody who does have symptoms of COVID-19 will be turned around immediately, they won’t be allowed into the community,” he said.

Redhead said there is always going to be risks, but his job is to minimize the risks as much as possible.

The ice road will be open for about six weeks.

- With files from CTV’s Charles Lefebvre and Mason DePatie.