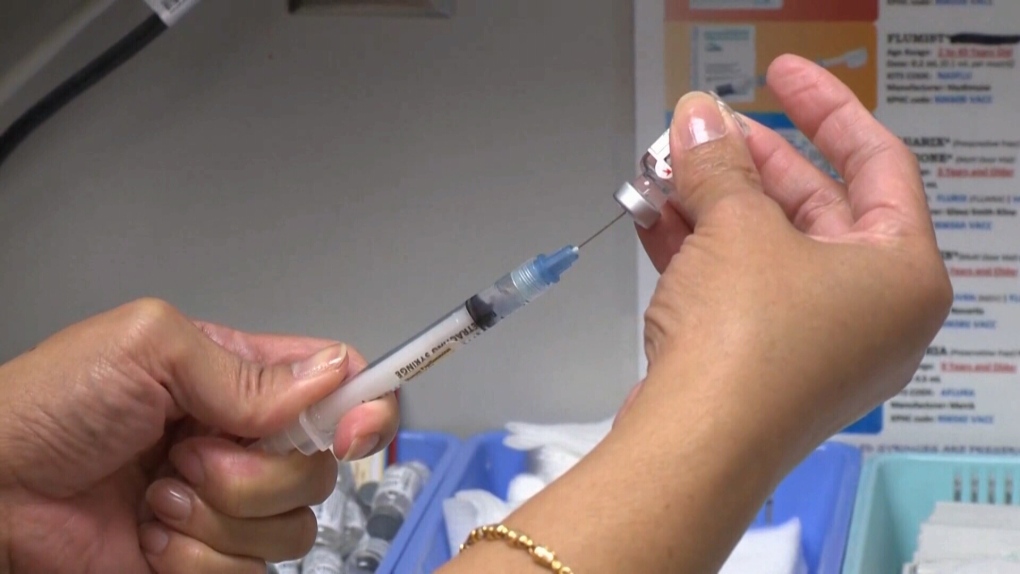 WINNIPEG -- Hundreds of eligible health-care workers in Manitoba have now received the COVID-19 vaccine and the criteria is expected to be expanded in January to make more people eligible.

The province announced Thursday it has completed a total of 2,177 immunizations over the past week, including 490 vaccinations on Wednesday alone.

Manitoba said it has been able to vaccinate more people than expected in the rollout of its immunization campaign. That’s at least partly because immunizers have been able to get six doses out of each vial of the Pfizer-BioNTech vaccine which is one more than the expected five.

Both of Canada’s approved vaccines require two shots injected within weeks of each other for full immunity. Provincial public health officials have previously said they plan to hold back some doses to make sure people who receive their first shot will be able to get the second one.

The province confirmed Thursday it started using the second doses it had initially held back from the first shipment once it received more supply.

“We will continue to immunize as many people as possible, based on our supply at the time and predictability of future shipments,” a provincial spokesperson said in an email.

Two more immunization clinics are scheduled for next week at the University of Manitoba’s Rady Faculty of Health Sciences on the Bannatyne Campus. A total of 400 appointments have been booked and approximately 530 remain available.

So far, the vaccine has only been available to older workers in acute, long-term, and critical care and those who work in immunization clinics.

Immunization clinics on Dec. 29 and Dec. 30 are open to people who work in the following settings:

Health-care workers in a broader range of workplaces are next in line in Manitoba to receive the COVID-19 vaccine.

“It’d just be common sense that you make sure those folks are protected,” said Michelle Gawronsky, president of the Manitoba Government and General Employees’ Union, which represents paramedics in Winnipeg. “They are usually the frontline, they are usually the first to attend a scene or attend to help someone that does need help that is in a medical crisis.”

Health providers who work in emergency placement, family violence, and homeless shelters will also become eligible. Health providers in correctional facilities and home care workers are also among those next in line.

“I think that’s great news,” said Debbie Boissonneault, president of the Canadian Union of Public Employees Local 204, which represents home care staff. “The officials get to determine who gets the vaccine so I was happy to hear they’re going to broaden who will get the vaccines next.”