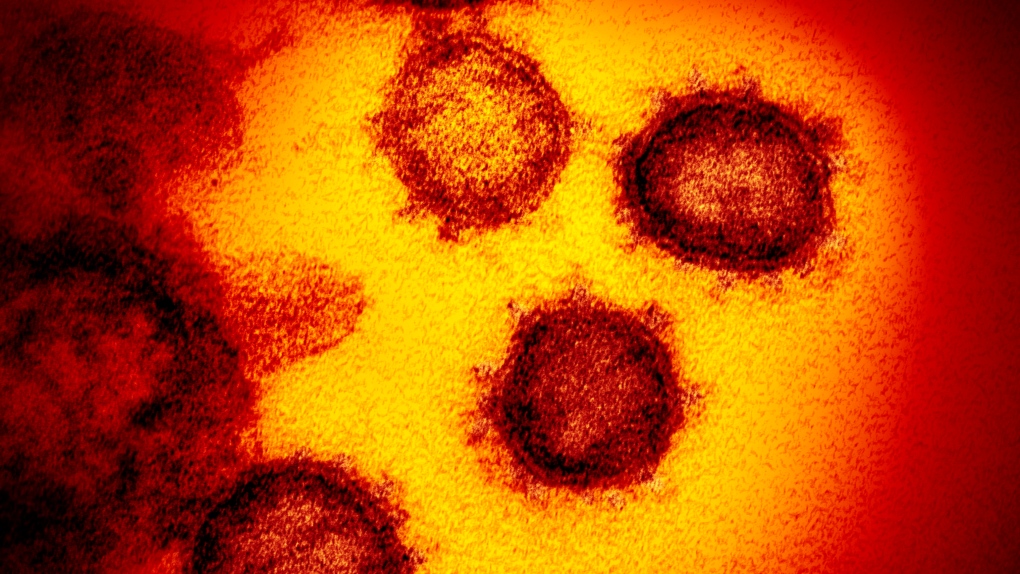 This undated electron microscope image made available by the U.S. National Institutes of Health in February 2020 shows the Novel Coronavirus SARS-CoV-2. (NIAID-RML via AP)

WINNIPEG -- Some Manitoba government workers have been asked to leave work and contact Health Links after attending a conference in Toronto, after it was announced another man at the conference has been infected with COVID-19.

A spokesperson told CTV News Winnipeg that any employee who went to the Prospectors and Developers Association of Canada convention earlier in March has been given these directions.

Ontario Public Health officials confirmed a positive case of the novel coronavirus in a man in his 50s from Sudbury, Ont., who was also at the conference.

Prime Minister Justin Trudeau, Ontario Premier Doug Ford and Minister of Natural Resources Seamus O’Regan were also in attendance. O’Regan is currently in self-isolation after a doctor recommended he get tested for COVID-19 due to a sickness he’s been experiencing. Trudeau said he hasn’t been tested for the virus and Ford’s office said he is in “good health.”

“We can confirm that all appropriate precautions and procedures are being followed,” the Manitoba government spokesperson said in an email, noting that due to restriction in the Personal Health Information Act they can’t give any detailed information about these cases.

There have been no confirmed cases of COVID-19 in Manitoba.