A graduate student in the University of Manitoba’s physics department is hoping to make it easier for people in remote communities to detect breast cancer as early as possible.

As part of Gabrielle Fontaine's master’s thesis, she has been designing a portable breast cancer detection device that would be suitable for use in low-income and remote areas.

“I’m minimizing the size, the weight, and the cost of it so that it can be sent to low-income areas, as well as remote and rural areas,” she said in an interview on Tuesday.

Fontaine said in low to middle-income countries the incidence rates of breast cancer are lower, but the mortality rates are “disproportionality higher.”

“Lack of early detection contributes to these disproportionately high mortality rates,” she said.

Fontaine, whose family is from Sagkeeng First Nation, said as an Anishinaabe person, she thought about how this portable device could help northern and First Nations communities in Canada that have limited access to medical facilities. 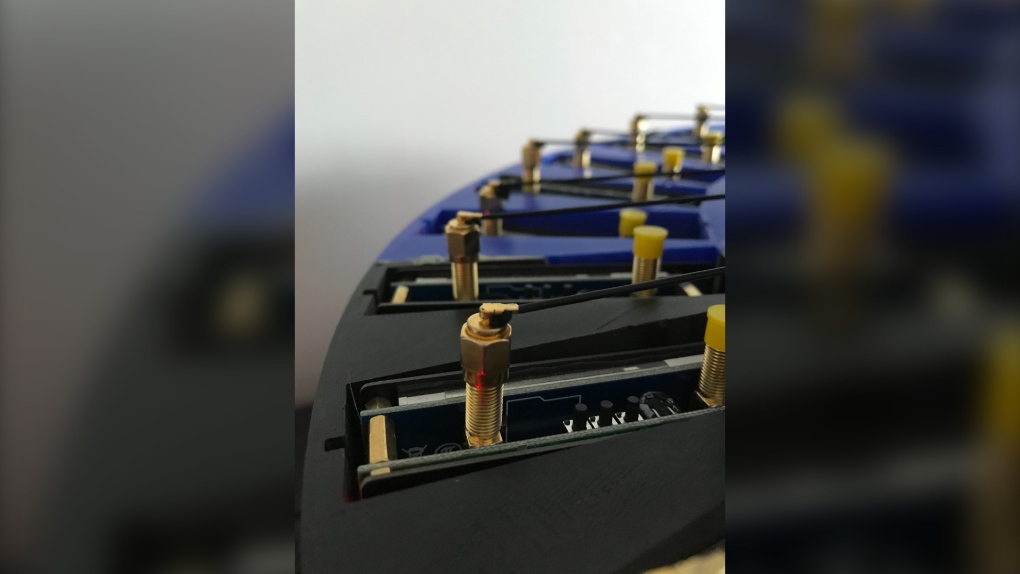 HOW DOES IT WORK?

“From those signals, we are able to distinguish whether or not the breast has an abnormality,” she said.

Fontaine noted microwaves are non-ionizing, which means that they do not pose the same health risks as X-rays.

“For this device, you’re not limited to the amount of scans you can take,” she said.

“Anyone at any given time can take as many scans as they want.”

Fontaine is also designing the detection device so that patients can operate it themselves.

“It’s going to contain a graphical and easy-to-understand graphical interface, so that this patient can perform a scan on themselves and then using artificial intelligence, it will automatically tell the patient whether they have a breast abnormality or not,” Fontaine said.

“This way there’s no need for a trained personnel to operate or obtain a preliminary diagnosis.”

Fontaine is in the early stages of creating the device, having just started designing and developing it a little more than a year ago.

She said she has been characterizing the antennas, scans, and signals by taking scans of a copper rod.

“I have rods that I place inside my device and I’m trying to locate this rod based on how the microwaves are scattering against this rod,” she said.

Next, when Fontaine begins her Ph.D. next year, she will modify the design and take scans of breast phantoms that mimic breast tissues.

“I will take multiple scans of these breast phantoms and then use artificial intelligence to determine whether or not that breast phantom had a tumour,” she explained.

Once the device is shown to produce reliable results with breast phantoms, the next step will be to perform clinical trials and scans on real people to see if it is as effective.

“Ideally, I would love to have these types of devices available in every community, say in the community centre, so that anyone can go to this device at a given time and just perform a scan on themselves as often as they want,” Fontaine said.

“This way, if the device does tell them that a breast abnormality is present, then they can go to a hospital to perform further tests.”