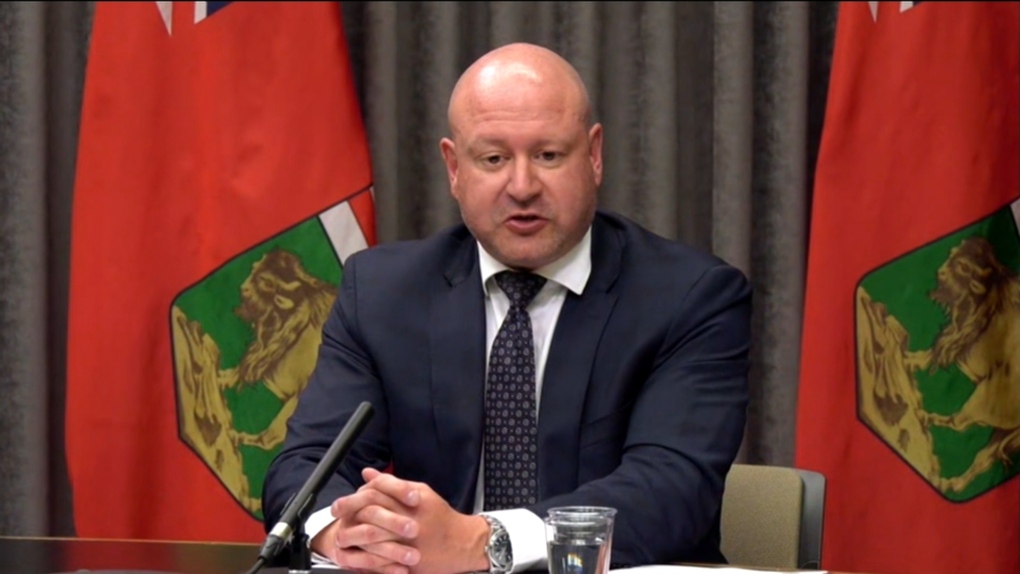 WINNIPEG -- Concerns over out-of-province travellers bringing COVID-19 cases into Manitoba – especially with the possibility of Winnipeg being a hub city for the CFL – were top of mind for Manitobans who participated in the province's telephone town hall.

Dr. Brent Roussin, the chief provincial public health officer, along with Cameron Friesen, Manitoba's Minister of Health, Seniors and Active Living, and Ralph Eichler, the Minister of Economic Development and Training, took questions regarding the phase four draft plan for reopening the province.

"We are balancing the need to try to open our economy – open Manitoba – while combating this virus at the same time," Roussin said, adding Manitobans may have to deal with the virus for more than a year.

"We need to find ways to live with this virus."

Both Minister Friesen and Roussin fielded questions regarding the easing of travel restrictions.

Under the proposed phase four plan, the province has removed the self-isolation travel requirement for domestic travel across all Canadian provinces and territories.

One caller in the town hall brought up concerns over Winnipeg being named as a tentative hub city for the CFL.

"We are concerned that we are actively inviting people from other provinces who have more cases into our province," the caller said.

Roussin said there will be many restrictions in place to protect Manitobans when it comes to the possibility of the CFL coming to Winnipeg.

"We have strict plans with the CFL – they will be working within a bubble," he said.

Roussin added that any individuals coming to the province with the CFL will be required to self-isolate for 14 days and be tested before coming to Manitoba. If they test negative, they will be allowed into Manitoba, where they will be tested again and put into another self-isolation for seven days.

"Then, and only then, will they be allowed to enter a restricted training camp – always remaining in the bubble for the entire season," Roussin said. "We are getting a very tight bubble – everyone in that league has a lot riding on maintaining that bubble, so we are quite sure there will be great enforcement."

He said anyone in the bubble will not be interacting with Manitobans.

Friesen said Manitobans can ask more questions and give their feedback on the fourth phase of reopening in Manitoba by completing an online survey on EngageMB.