Manitoba investing in initiatives to support women in trades 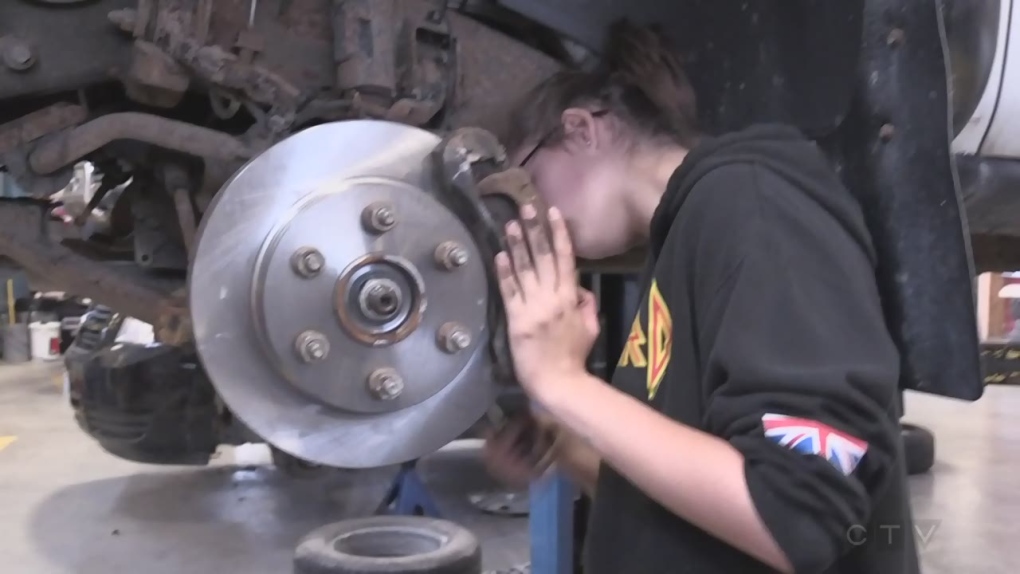 WINNIPEG -- The Manitoba government announced on Monday that it is investing $50,000 in two initiatives to help support women pursue careers in the trades.

Sport, Culture and Heritage Minister Cathy Cox, who is also the Minister Responsible for the Status of Women, made the announcement at a news conference recognizing International Women’s Day. She said supporting women and girls to explore different careers is a way to advance economic equality for women, support the economy, and create a more inclusive society.

“Jobs in trade and technology are often better paying and have benefits and job security that minimum wage jobs do not,” Cox said.

To help support women in trades, the province is giving $25,000 to expand the Empower program at the Manitoba Institute of Trades and Technology (MITT). The province said this program encourages women to pursue diverse career paths, with a focus on increasing the representation of Indigenous women.

“At MITT we are dedicated to training women for careers in trades and technology,” said Beverlie Stuart, acting vice president, academic.

“I’m thankful for the support that so many of you have shown us as we’ve pursued this goal.”

The Manitoba government is also providing $25,000 to the Manitoba Construction Sector Council to encourage women to work in the heavy construction industry. This initiative, a partnership with the River East Transcona School Division, will provide career awareness, certificates and networking opportunities for young women in Grade 12, as well as adults. There are also job opportunities for spring 2021.

“There is no better time to introduce young women to the heavy construction industry,” said Colleen Munro, board chair of the Manitoba Construction Sector Council, at Monday’s news conference.

“We have a current skills shortage. I believe we’re looking for over 8,000 people in the next few years and we only have three per cent women in the workforce in construction.”