The Manitoba Liberal Party said Friday that if elected, it will work to save Lake Winnipeg as well as other Manitoba waterways by upgrading infrastructure.

On the same day the announcement was made, a heavy band of algae could be seen coating the sands of Grand Beach.

Liberal leader Dougald Lamont says if elected, he will accelerate the progress on Winnipeg's waste water infrastructure and help pay for the completion of the North End Treatment Plant

Lamont also says he will work with conservation districts to map and target phosphorus hot spots across the province and work to eliminate them.

“We will create new wetlands and restore old ones including the Netley-Libau Marsh where the Red River flows into Lake Winnipeg to naturally clean water flowing into the lake," he said.

Lamont says upgrades to green infrastructure would be a priority. 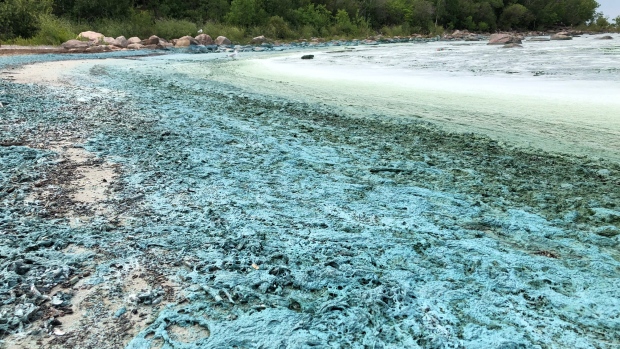 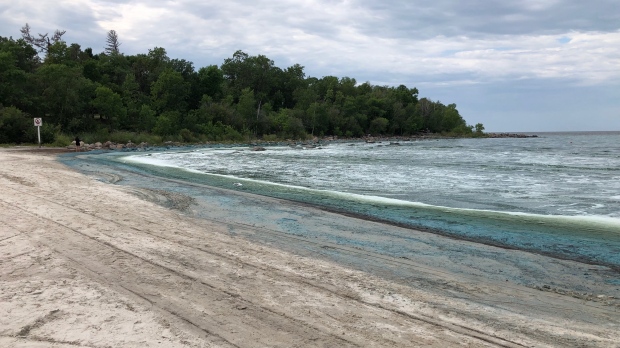 On Friday afternoon, the entire west side of Grand Beach was coated with algae.

Local business owners worry it could affect the long weekend, although it’s hoped the algae will be gone by Saturday.

“Tomorrow morning we have a really strong southwest wind coming through,” said Cola Hasch, who owns a business at the beach.

Others have noticed the water changing, and worry about the future of the lake.

“We used to go and catch minnows right here, right at the shore line,” said Jack Frater, adding that the water was clear enough to see the sand beneath it.

“When are they going to smarten up and do something about it? Because nobody’s doing anything,” Frater said. 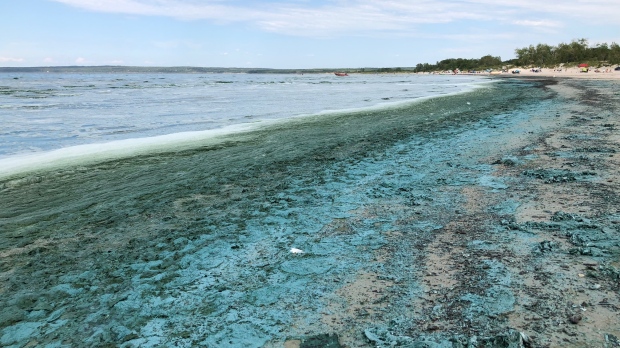 Blue-green algae has appeared this year at both Victoria Beach and Grand Beach, with Lake Winnipeg vacationers saying it’s a growing issue.

The Rural Municipality of Victoria Beach has issued a water consumption advisory, as it’s experiencing high consumption rates in the area and the algae’s presence is restricting water treatment.

Algae blooms in the lake are caused partly by phosphorus, which comes from sewage, chemical fertilizers or garden products.

- With files from CTV’s Jason Gaidola and CTV's Lizzy Symons