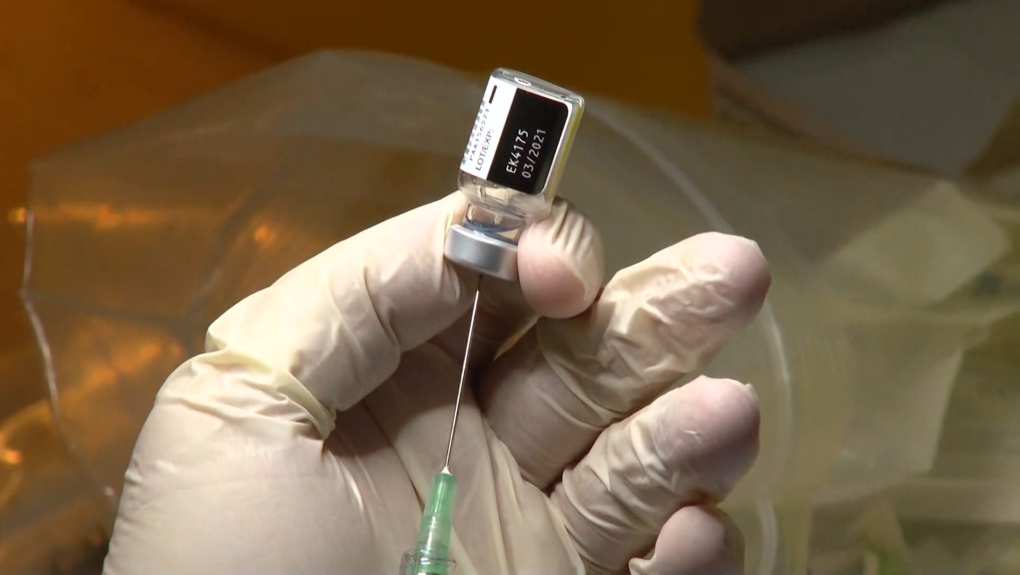 WINNIPEG -- The province has pulled a civil servant from Manitoba Liquor and Lotteries to step in as the director of Manitoba's immunization sites.

On Friday, a spokesperson for the province told CTV News Kurt Janzen from Manitoba Liquor and Lotteries had been seconded to serve in the role.

"In this role, Kurt’s primary responsibility is the workforce hired for the immunization campaign and related operations," they said. "Mr. Janzen brings over 15 years of province-wide operations and logistics experience to this role."

The province did not say what previous position Janzen held at Manitoba Liquor and Lotteries, or if he has past experience in directing immunizations clinics.

In a statement, NDP MLA Uzoma Asagwara questioned whether Janzen is right for the role.

"This position is so important during a critical time during the pandemic--that's why whoever takes it on should have all the tools necessary to be successful,” the statement said. “While I don't doubt Mr. Janzen's management experience, and I thank him for stepping up to take on such a significant challenge, I do wonder why the PC government consistently ignores and devalues the expertise of health care workers in this pandemic. There are Manitobans who have experience protecting the health and safety of families in emergency situations. Perhaps if the PCs had acted faster to fill this position months ago they may have been able to recruit one of them."

A spokesperson for the province told CTV News in an email, "It is important to note that Mr. Janzen’s role is not clinical in nature, but includes hiring, scheduling, payroll management and coordinating services."

They said Janzen will now be reporting to Lynda Tjaden, the executive director of population and public health. Tjaden, who has 29-years of health care experience according to the province, is the operations lead for the COVID-19 Vaccine Implementation Task Force.

CTV News has reached out to Manitoba Liquor and Lotteries for more information.

- with files from CTV's Renee Rodgers