When Miles Morrisseau went for a walk along the banks of the Saskatchewan River over the long weekend, he wasn't expecting to stumble on a grenade.

Morrisseau, who lives in Grand Rapids, told CTV News he had been walking along the shore of the Saskatchewan River on Saturday when he made the unexpected and potentially explosive discovery.

He said he texted his son, who is a trained unexploded ordnance technician, and sent a picture of the grenade.

"The picture comes through and he's like, 'It's real. Don't touch it. Walk away, call the cops,'" Morrisseau said. "I immediately called the RCMP, they came and secured the area within 15 minutes."

Morrisseau said he found the grenade in a popular tourist fishing spot, and it was close to a schoolyard.

"I feel like it was fortunate that it wasn't a kid that found it," he said. "Any fisherman could've hooked that thing and brought it up, right?"

Morrisseau said a bomb squad eventually came to the area, and later that evening, the grenade was detonated right there on the riverbank.

"We were actually on the river, we were actually fishing at the time with my brother and his granddaughter," he said. "All of a sudden it was just like boom."

Morrisseau said he went by the area the next morning and found the crater where the grenade had been detonated. 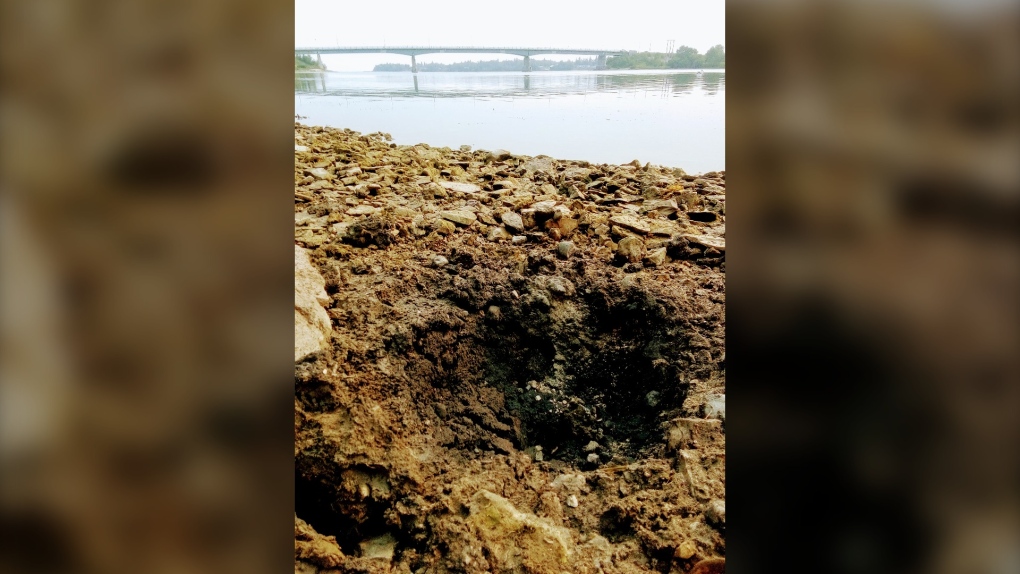 The crater left behind after RCMP disposed of a grenade found near the Saskatchewan River (Source: Miles Morrisseau)

In a statement, RCMP said the grenade was a modified pineapple grenade with the pin removed.

“It was hollow and not at risk of exploding,” the RCMP said.

Morrisseau said the whole situation is now raising concerns and questions in the community.

"The question now is, how did it get there, and is it possible there are more?"

RCMP said it is not known where the grenade came from, as it washed up on the shore.

Germany's centre-left Social Democrats won the biggest share of the vote in a national election Sunday, narrowly beating outgoing Chancellor Angela Merkel 's centre-right Union bloc in a closely fought race that will determine who succeeds the long-time leader at the helm of Europe's biggest economy.

'Moulin Rouge! The Musical,' a jukebox adaptation of Baz Luhrmann's hyperactive 2001 movie, won the best new musical crown at the Tony Awards on a Sunday night when Broadway looked back to honour shows shuttered by COVID-19, mourn its fallen and also look forward to welcoming audiences again.

The Rolling Stones launched their pandemic-delayed "No Filter" tour Sunday at the Dome at America's Center in St. Louis without their drummer of nearly six decades.

The Americans won back the Ryder Cup and perhaps a whole lot more Sunday, sending a strong message to Europe with a powerful performance from their youngest team in history.

Japan's ruling party votes on Wednesday for the country's next prime minister in an election that has turned into the most unpredictable race since Shinzo Abe made a surprise comeback almost a decade ago, defeating a popular rival in a runoff.

Search for Brian Laundrie continues as authorities comb through swampland

As authorities continue their second week of searching tens of thousands of acres of swampland for Gabby Petito's fiance, Brian Laundrie, they are also seeking out new evidence in the investigation.