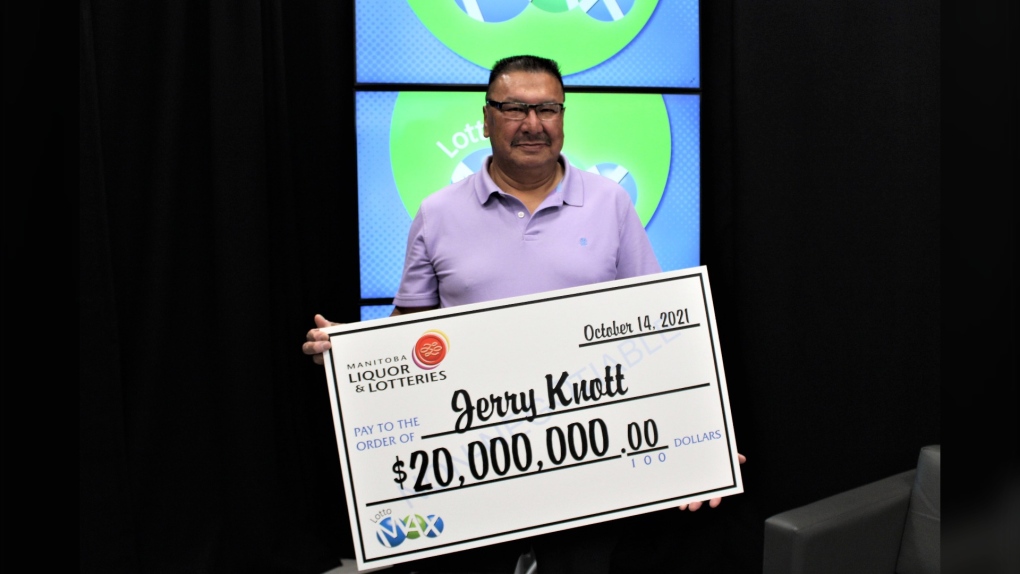 Jerry Knott won the Aug. 24, 2021 Lotto Max for $20 million. He didn't claim the ticket until October because he forgot about it in his wallet. (Source: Western Canadian lottery Corporation)
WINNIPEG -

Jerry Knott, who is from Wasagamack, bought the ticket in Lac du Bonnet and said he forgot about it until October when he was in Winnipeg and noticed it in his wallet.

He added the cashier looked at him and told him he was the missing ticket.

"I didn't know what she was talking about until she scanned it again and saw there were a few more zeroes than I originally thought."

Knott said he plans to put some of the money toward building some cottages with his brother and turning them into a treatment centre or a wilderness experience on Big Stone Lake.

"We were inspired by all of the big companies that have come up north to build remote fly-in fishing resorts. We thought, 'If they can do it without knowing the land, we definitely can too.'"

He also plans to share the money with his wife and kids.