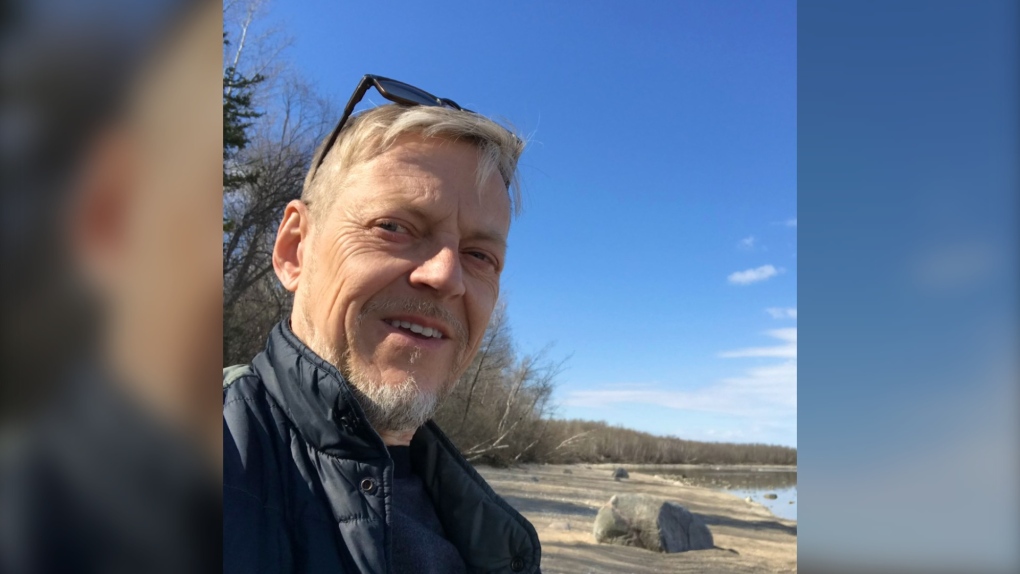 Stefan Tergesen was trying to fly to India for his goddaughters wedding but suffered a heart attack. (Supplied)

WINNIPEG -- A surprise heart attack, a mystery hero and a missed wedding gave a man from Gimli, Man. a trip he’ll never forget.

Stefan Tergesen was trying to fly to southern India for his goddaughters wedding on Jan. 4, but his final destination ended up being a hospital after he went into cardiac arrest.

Living in rural Manitoba, Tergesen’s first flight was a connection from Winnipeg to Toronto. The flight ended up getting delayed and put his next flight, from Toronto to India, in jeopardy.

In a rush to catch it, he grabbed his carry-on luggage and ran across Toronto Pearson International Airport, making it to the gate moments before the plane started boarding.

“I stood up and had a moment of feeling a little bit light headed, dizzy,” said Tergesen.

The next thing Tergesen remembers, “I’m on a stretcher and I’m being loaded into the back of an ambulance and the fella there is telling me my heart had stopped,” he said.

LUCKY TO BE ALIVE

After arriving at the hospital, Tergesen underwent an angioplasty on two arteries and had a stent installed.

When Tergesen was done with surgery, doctors told him how lucky he was.

“The first thing out their mouths was you should buy a lottery ticket,” said Tergesen.

Doctors told Tergesen his heart suffered almost no damage, attributing it to how quickly he was revived.

Tergesen went to thank the paramedics who saved him, but they told him he’d already been revived by the time they got there.

After talking to Air Canada, Tergesen was able to fill in the blanks of what happened.

When Tergesen collapsed, a nurse in line to board the plane immediately started giving him CPR.

The quick thinking nurse then used a nearby defibrillator to jump-start Tergesen’s heart.

“She’s a nameless, faceless person. I’ve never met and may never meet her, but she’s my hero,” said Tergesen.

Extremely grateful, he realises how fortunate he was. “My luck was outstanding; I was in a bad scenario that turned best case scenario.”

Air Canada said the nurse was upgraded to first-class after saving Tergesen’s life.

Having a heart attack was a big surprise for Tergesen.

Tergesen’s older brother died of a heart attack at 58, the same age Tergesen is now.

“You wouldn’t have pegged him for a guy that would have a heart attack so there must be some heart disease in the family,” said Tergesen, about his brother.

Tergesen remains optimistic and believes the whole ordeal is a reminder of what is important in life.

“Be grateful, collect experiences and not things, and this just confirmed I’ve been doing it right,” said Tergeson.

-With files from Danton Unger