The number of grain elevators on the prairie landscape has dwindled over the years, but the Roseisle, Man. repairman who specializes in fixing them is busier now than ever before.

George Payette maintains 103 grain elevators across Manitoba and into Saskatchewan and he's not aware of anyone else who can do what he does.

He said the elevators still standing are getting older and require more maintenance to stay in working order.

"It's a dangerous job," Payette said. "There's not many other guys out there that'll work on grain elevators."

He and two other members of his crew spend days at a time travelling to elevators across Manitoba and Saskatchewan to put on new siding, repair roofs and fix foundations.

Between the rodents, dust and working at heights, Payette said fixing elevators isn't the most glamorous job, but it's one he's passionate about.

"I just love being able to help people," said Payette. "It's just a joy."

The former Agricore and Manitoba Pool employee started working in elevators before working on them.

He got his start repairing the wooden structures 38 years ago when he saw a need for the service.

Now, he gets hired by companies and individual farmers who own grain elevators.

"We try and keep them up and going for whoever has them," said Payette. "If they want to spend the money to fix them up then we'll try and locate materials as cheap as possible."

"I like the challenges of fixing them. Every day's a different challenge one way or the other."

In the 1950s, Manitoba had more than 700 grain elevators and now according to historian Gordon Goldsborough, just 85 working ones remain in the province.

“Agriculture changed,” said Goldsborough. “As a result the elevators have changed, too.”

Many have been torn down and larger, more cutting-edge concrete elevators have taken their place. 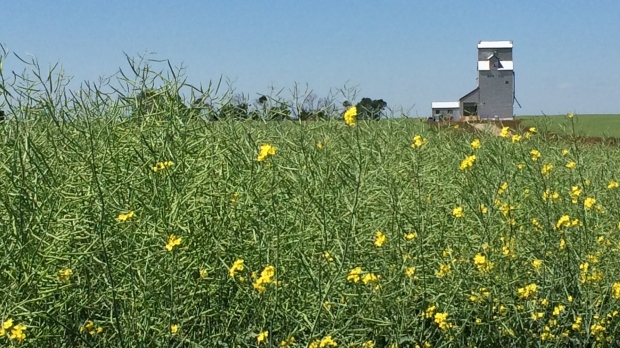 Back in 1983, Murray McKinney's family bought the former Manitoba Pool grain elevator at Dalny, located near their farm in Waskada.

McKinney still uses the elevator to store grain but he also sees sentimental value in the facility.

"Sure we could replace it with one grain bin but we like to keep the old building going and it still works fine," said McKinney. "I like to hang on to the past a little bit, too."

When repairs are required, McKinney turns to Payette.

"We had to start repairing it because it was starting to leak on the roof," said McKinney. "We had George come and put a new roof on it and that cost about $30,000 so that got us in deep."

Payette said after he's done with the elevator it should last for at least another 30-40 years.

As for his career, he hopes to semi-retire in five years.

He's not sure who will take over when he's done repairing grain elevators but he hopes someone does.