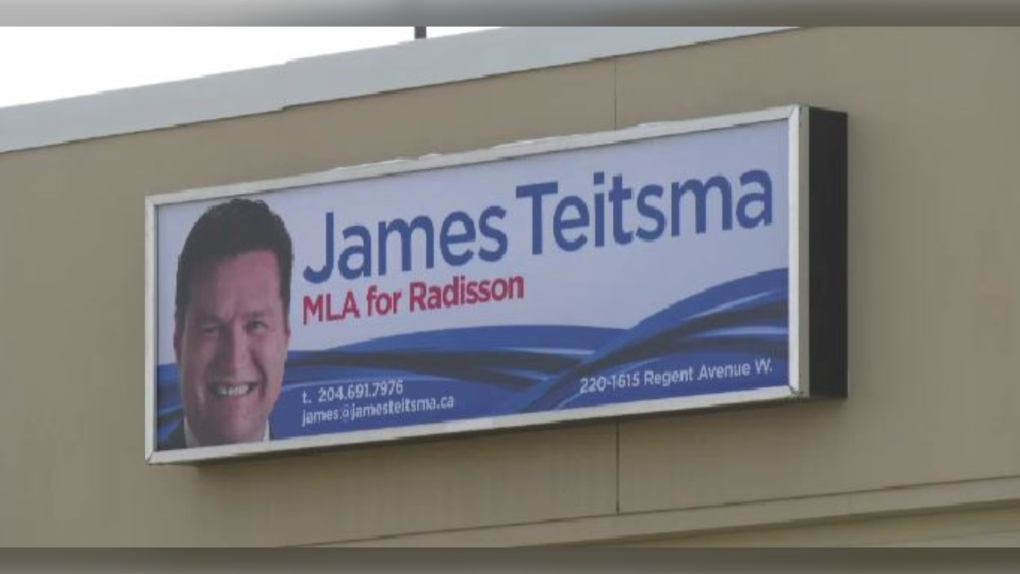 WINNIPEG -- A Progressive Conservative MLA is facing the consequences of travelling over the holidays according to the province, even though government officials advised Manitobans not to travel outside of Manitoba.

James Teitsma, who is the MLA for Radisson, travelled over the Christmas break going to Saskatchewan, Alberta, and British Columbia from Dec. 21 to 30. He travelled with members of his household.

A provincial spokesperson told CTV News in an email that once the premier found out about Teitsma’s travel history, he revoked his additional committee appointment.

Several Canadian politicians have faced backlash since the Christmas break for travelling outside of Canada, including Manitoba MP Niki Ashton, who travelled to Greece to be with an ailing family member.

- With files from CTV's Mike Arsenault and Jeff Keele.