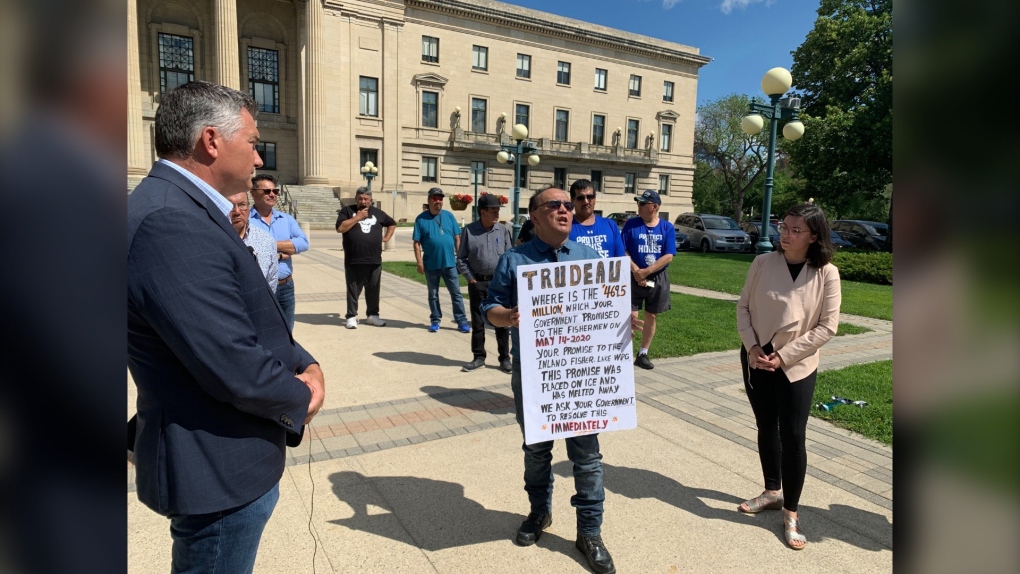 WINNIPEG -- Two Manitoba MPs are calling on the federal government to provide help to the province’s commercial fishers, who have been facing challenges due to the COVID-19 pandemic.

NDP MP Niki Ashton and Conservative MP James Bezan wrote a letter to Bernadette Jordan, the federal Minister of Fisheries, Oceans and the Canadian coast guard, to take urgent action and provide support to the fishers.

“Commercial fishers in Lake Winnipeg and across Manitoba have no opportunity for income,” said Bezan.

“There was a promise made by the federal government. Minister Jordan and Justin Trudeau promised back on May 14 that there’s going to be almost $470 million that was going to flow to our commercial fishing industry across this country. And here we are, eight weeks later and not a single dollar has left the federal treasury.”

The MPs are specifically asking for the government to:

Ashton and Bezan also want the government to direct the FFMC, which is a Crown corporation, to find new markets to move higher volumes of pickerel and whitefish.

Liberal leader Dougald Lamont said this is an issue they’ve been working on.

“As provincial Liberals we actually made sure that Manitoba was part of the fish harvesting program,” he said.

“We made sure Freshwater Fish Marketing Corporation is going to be part of the federal food surplus program and we’re working with them actively to do that. That should actually mean that we could rescue the fall season."

THE IMPACT ON MANITOBA’S FISHERS

Vince Crate, from Fish River Cree Nation, said the fishers in his community didn’t think it was feasible to go out on the lake this year due to issues regarding the expenses, demand and ability to sell the fish.

He said the demand for fish just wasn’t there this spring.

“In terms of fishing, there’s really been no fishing since the COVID crisis hit,” he said.

Crate noted the key drivers for the fishing industry are places like restaurants, which weren’t operational for much of the season.

“Fishing is the backbone of a number of First Nations and communities across our province,” said Ashton.

In a statement, a spokesperson for the Office of the Minister of Fisheries, Oceans and the Canadian Coast Guard said they recognize that this will be a different year for Canadian fisheries, which is why the federal government invested more than half a billion dollars into the seafood sector in the last two months through the Canadian Seafood Stabilization Fund, The Fish Harvester Benefit, and the Fish Harvester Grant.

“On May 20th Minister Jordan met with MP Ashton to discuss the concerns of Manitoba fish harvesters directly,” the statement said.

“The MP also sent a letter which received a detailed reply, again emphasizing that Manitoba commercial harvesters were eligible for the benefits our government has introduced in response to COVID-19. Manitoba fishers are not and have never been excluded from our support measures. The response also confirmed that FFMC will continue to provide vital support to its clients, and has committed to providing updates to harvesters on how its services will respond to EI changes in relation to the COVID-19 pandemic."