Manitoba New Democrats get warning, no fine, for crowd at outdoor news conference 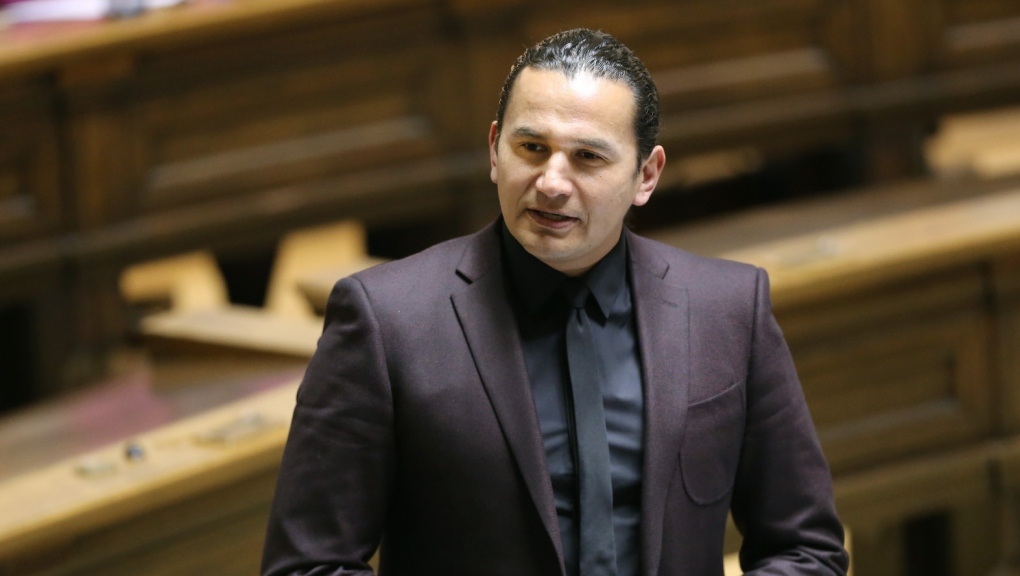 WINNIPEG -- Manitoba's Opposition New Democrats have received a warning, but no fine, for holding an outdoor news conference that attracted a large crowd during the COVID-19 pandemic.

The provincial Justice Department did not comment other than to say its investigation has concluded and no fines will be issued.

Kinew held a news conference outside Manitoba Hydro headquarters in downtown Winnipeg in mid-March and was joined by striking workers at the utility.

Outdoor public gatherings at the time were capped at 10 people under COVID-19 health orders, and several dozen people attended the news conference.

Kinew says he offered to pay any fines when he received the warning.

"I just said, 'Listen, if you are going to do any fines, don't fine the electricians, don't fine the ... workers, fine me.' And they said, 'No, there's no fine, it's just a warning,"' Kinew said Thursday.

"We learned, I think, that we can't just have a laissez-faire attitude toward something like gathering size. We've got to be proactive and have that head count and make sure that we're abiding by the public-health orders."

Warnings are common in Manitoba's enforcement efforts. So far this year, the province has issued 1,100 tickets for a wide range of suspected health order violations, and almost 3,600 warnings.

Individuals who violate the limit on public gatherings can be fined $1,296. Corporations can be penalized $5,000.